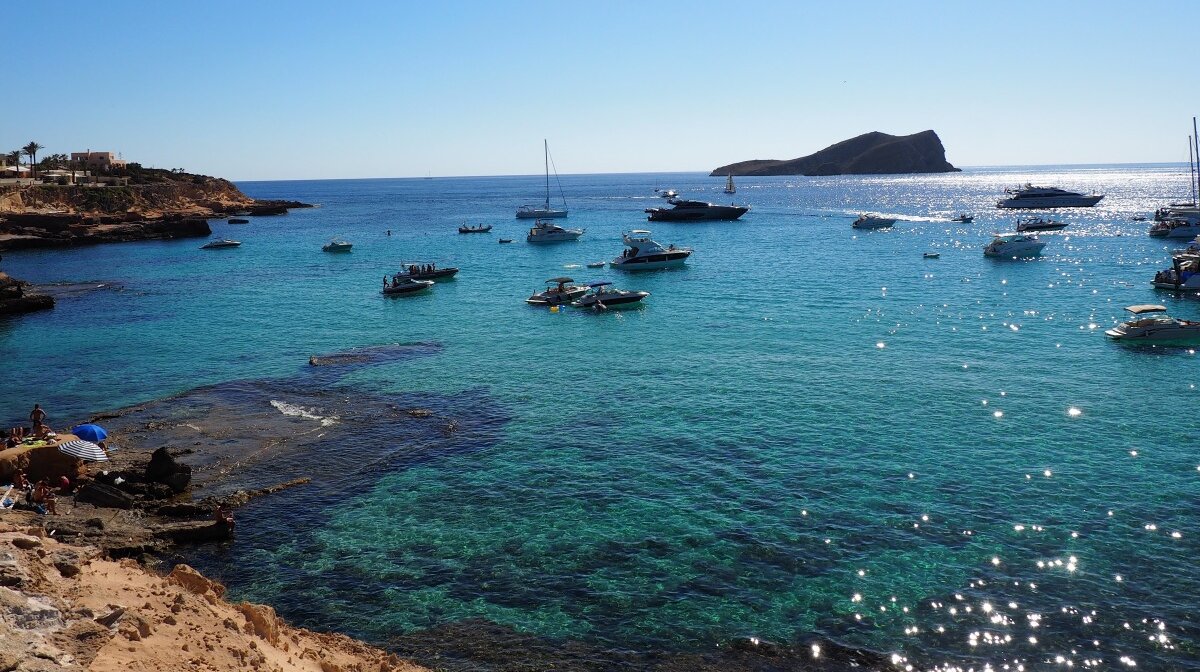 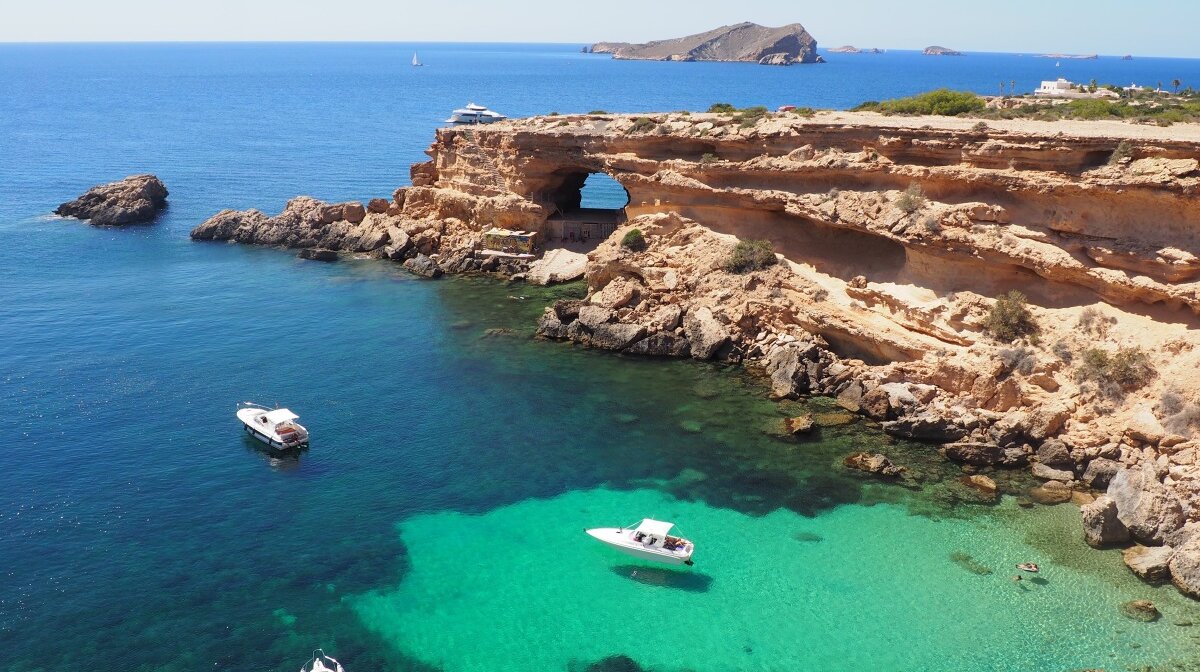 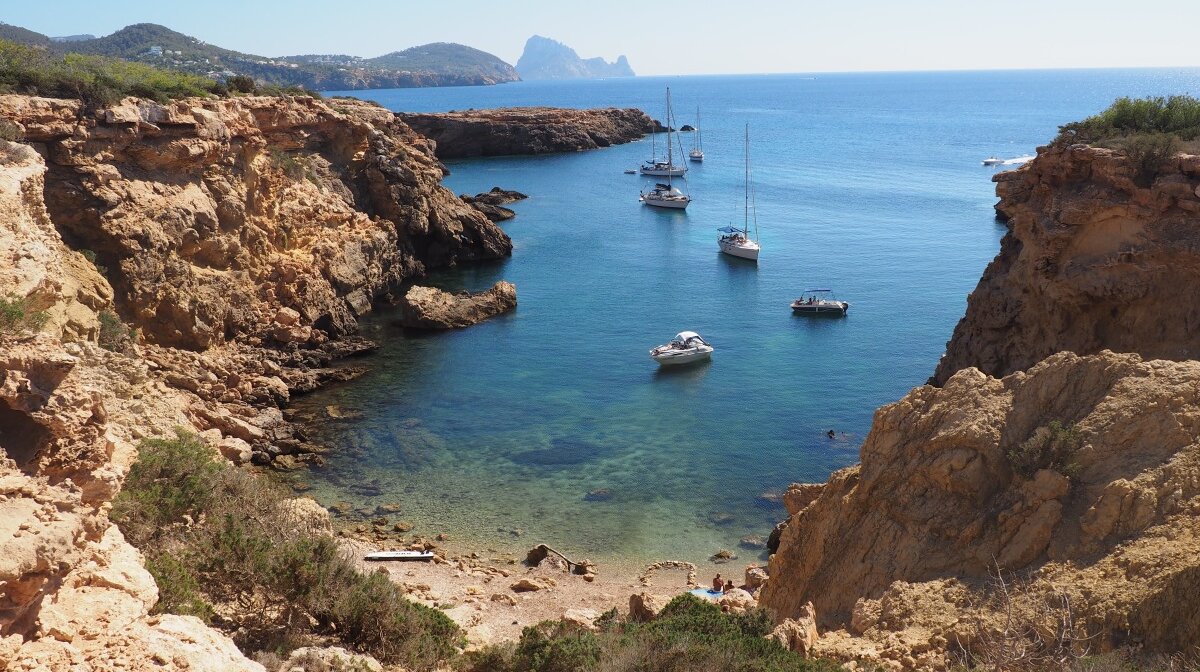 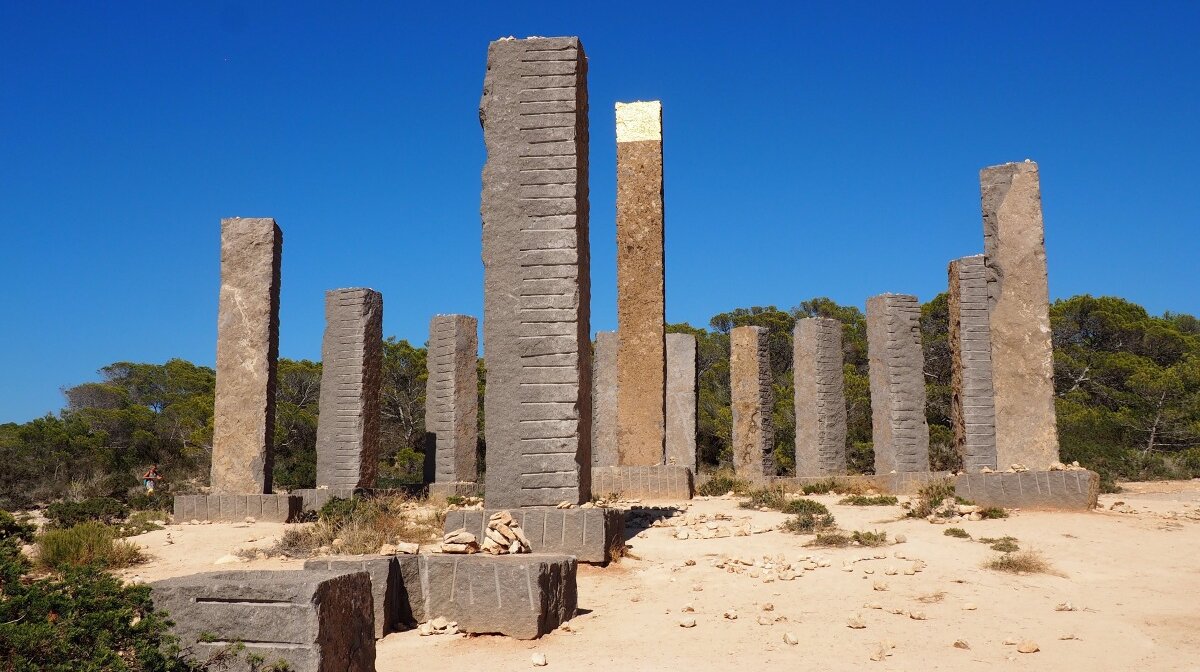 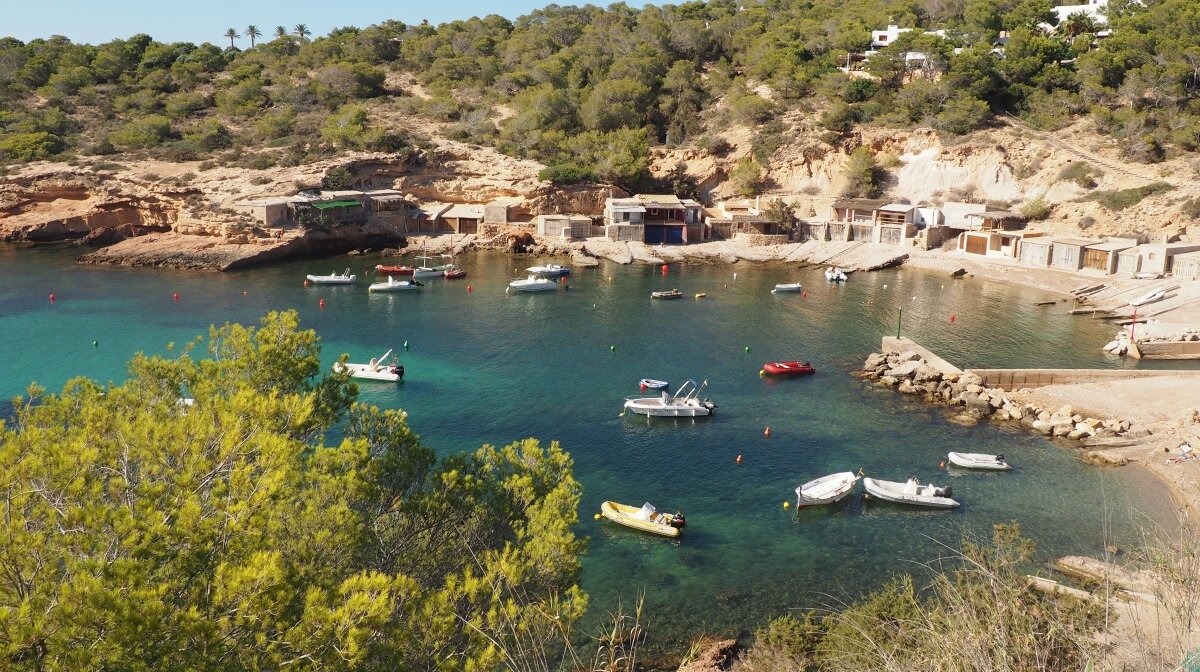 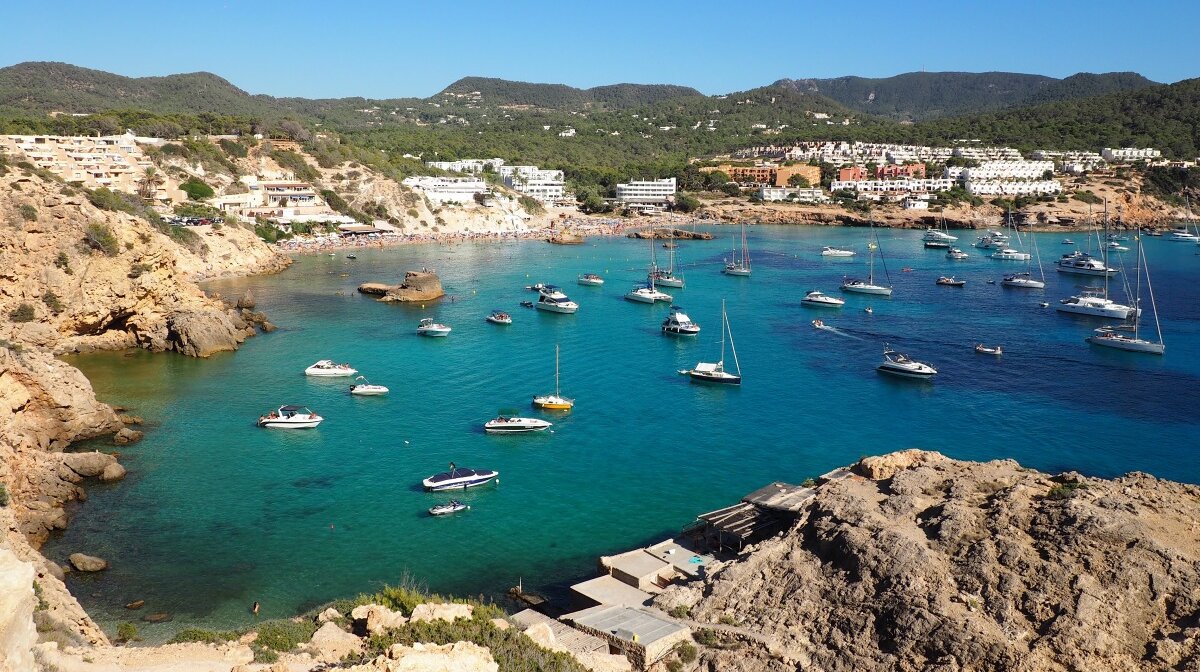 Beautiful clear water to cool off in

This is an easy hike along a rough but not difficult trail; it’ll take you along cliff edges with beautiful coastal views, to one of Ibiza’s lesser-known tourist sights and to hidden beaches much quieter than Conta or Tarida.

You could do this hike in a little over an hour but should allow yourself much longer and beach hop along the way. You can start this hike from either end as buses run regularly to both Cala Conta and Cala Tarida and both have restaurants and bars perfect for after hike refreshments. Tarida also has a supermarket.

Decent footwear as the path is rough in places. Plenty of water and sun screen.

Cala Codolar offers a great stop for lunch. There is a small, and nameless, beach restaurant here that serves up elegant and well-priced food. Alternatively, you could wait until you reach Cala Tarida and enjoy a sumptuous meal at the Cotton Beach Club or one of the other great beach club restaurants there.

From Cala Conta simply keep the sea on you right and walk along the dusty coastline you’ll pass the little sandy bay that makes up the third of the Cala Conta collection, accessible by a stone stairway this cove is by far the quietest of the three and popular with nudists.

Just after this beach some villas almost block the path, you can squeeze between them and the sea but it gets narrow, if you’d rather not, then walk around them on the inland side and return to the cliff edge after you’re past. You’ll soon see Sa Figuera Borda, a rocky little cove with beautiful glass-clear water. Access is via stone steps at the north of the beach past a stone archway and tunnel straight through the cliff, once down you’ll find although the beach is rocky seabed is sandy and rock free.

Follow the cliffs south until you come to a semi-derelict village which is in the process of being remodelled into a luxury resort. From the cliff edge walk up the main street Calle de L’Espart, turn right onto Salle de Lloret de Mar until you see a little path leading down through the trees to the beautiful sandy cove below. This is Cala Codolar and it has a lifeguard and toilets as well as a beach hut that makes for a perfect little midway refreshment stop.

Once you’re suitably refreshed climb up the hill to the south of the beach, it’s rugged but not steep and the brush is all below knee height so you can easily see where you are heading, which is to Ibiza Stonehenge. This contemporary art installation consists of 13 huge Basalt Columns arranged in a semi-circle on the edge of the cliff and you’ll see the impressive sight rising up out of the trees as you approach it.

Almost directly next to the sculpture you’ll find Cala Llentia a small but beautiful beach which gets very few visitors. There’s no marked path but it’s a fairly easy scramble down the cliff to the stony sand below. Climbing back up is a little trickier as it's rather steep and you should watch out for loose rocks. If you don’t fancy climbing down just marvel at the view from above, the beautiful clear water below leading out to the unspoilt ocean with Es Vedra rock looming in the distance.

The next beach is easier to get to. There’s a villa next to Stonehenge (which belongs to its owner and Cirque du Soleil founder Guy Laliberte) who’s grounds are encircled by a white stone wall, follow this wall along the rocky headland until it turns back in on itself, note the strange rock formation at the end of the opposite headland where a column of rock has broken away from the mainland. Leave the white wall behind here and follow the dirt trail through brush and small trees until you find yourself above Cala Corral a small port which doubles as a beautifully quite beach where people sunbathe upon the flat shelves of rocks by the boat huts.

To continue along your way you’ll need to walk around the concrete marina where there is a cold drink vending machine and toilets should you need them. The temptation after all your cliff hiking will be to carry on up from the beach hugging the coastline and you can do so for a while spying into all the lovely beach front villas as you pass but unfortunately the very last villa has built right to the edge of the cliff and blocks the path and you’ll have to back-track down to the beach. Instead, weave your way through the villas to Calle de Zamoro behind then Calle de la Punta which will take you back to the headland. Turn left at the derelict villa and you’ll find yourself back out on undeveloped cliffs, which you can wander at will until you find yourself above the jewel of a resort that is Cala Tarida.

If you’re starting in Tarida get onto the cliffs above the beach by taking Placa de la Mar road from directly next to the bus stop.