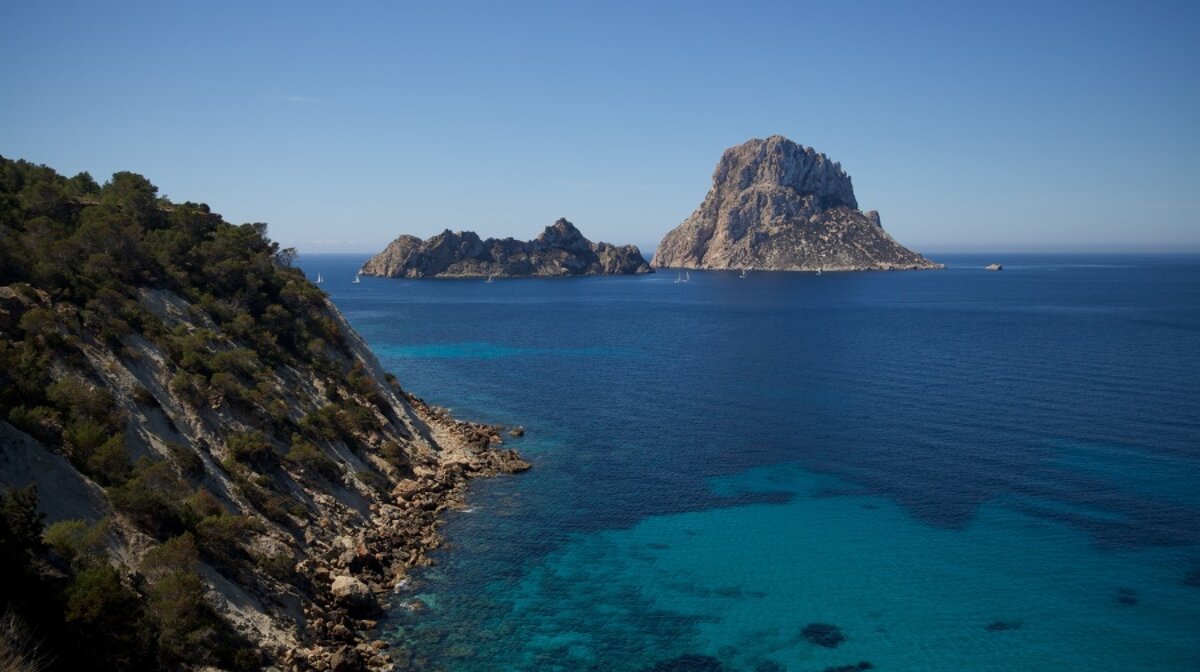 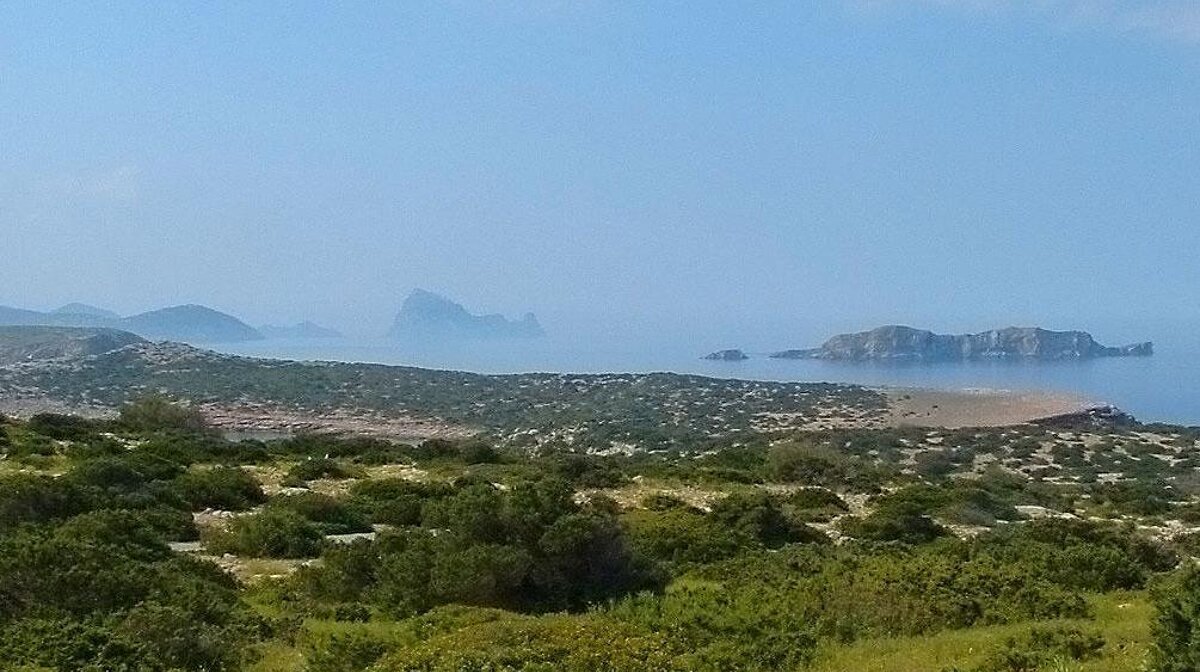 One of Ibiza's two National Parks, the nature reserve of es Vedra and es Vedranell encompasses a portion of the south west of the Island of Ibiza.

Taking in both the small coastal islands, as well as the marine environment, cliffs, streams, beaches, forests and hill ranges around the town of San Jose (Sant Josep de Sa Talaia), the nature reserve is one of the Island's most popular tourist attractions.

Just off the coast the predominantly limestone island of Es Vedra rises to 383 metres, and makes an impressive mark on the horizon.

This small rocky island has been uninhabited with the exception of a monk who came to live here as a hermit in the mid 19th century. Since then, stories of mystical sightings and UFOs have fuelled interest in the rock.

The only non-human inhabitants today are a species of wild goat, which lives on the slopes and in the island caves, and also a type of Ibizan wall lizard. Es Vedra is also home to a colony of Eleanora's falcon's, an endangered bird of prey.

Another main feature of this reserve is the fact that it includes the highest point on the island; Sa Talaiassa. The views from here are spectacular, when the weather is fine it's even possible to spot mainland Spain and Mallorca. Sa Talaissa (translated as "watchtower") is also rich with flora and fauna with lots of rare animal inhabitants.

There are regular boat trips to the Island departing from San Antonio.