The history of Ibiza and Formentera is one of cultural blend. The Pitiuses, as they are commonly named, have received visitors from all over the Mediterranean even before our era, and the diversity that makes up the islands' heritage can still be felt today.

This multicultural past has turned these tiny islands into authentic cosmopolitan hubs which also retain much of its authentic rural essence. The magical soul of Ibiza and Formentera that has drawn so many people to its breathtaking coastal and countryside landscapes is the result of a rich and varied history, the remains of which can still be seen today.

Prehistoric tombs, rock paintings, and utensils have been found under the island's soil and dated sometime around the year 3000 BC. In 700 BC the Greeks came across the islands of Ibiza and Formentera. Amazed by the dominance of pine trees covering the land, they named the islands the "Pitiusas" (the pine islands).

The first settlers, however, were the Phoenicians in 654 BC who established the port and set about commercially trading, making Ibiza an important and powerful harbour. In the years that followed, Ibiza was invaded by the Romans, the Byzantines, the Normans, and then the Arabs in 901 AD. The Moors islamicised Ibiza, re-naming it 'Yebisah'. All of these conquerors have affected the architecture and you can still see many of these influences, particularly Arabian within the churches.

Development through the ages

In 1235 the island was returned to Christianity following the invasion of Catalan troops. Ibiza continued to trade strongly, in particular exporting the natural salt from Ses Salines.

During the 16th and 17th centuries ,the islands suffered under continuous Ottoman pirate attacks. Walls and towers, including those surrounding Dalt Vila, were built then. Ibiza inhabitants also erected private defense towers, shelters and hiding places inside their houses to protect themselves, many of which have been preserved. Formentera, on the other hand, was abandoned for decades.

During the Succession War of the early 18th century, Ibiza together with the rest of the Balearic islands supported the losing side. As a result, Castilian culture was imposed on the island by the new ruler, Felipe V, forbidding the use of Catalan language.

During the 19th century, the population of Ibiza increased, a rise that forced many people to emigrate to Cuba and Algeria. In 1936 the Spanish Civil War began and the islands rapidly fell under the control of the rebellious army. Even if it was briefly retaken by the Republicans, Ibiza and Formentera remained under Franco's control for the most part of the war. During the dictatorship of Franco from 1939 until 1975,Catalan language was once more suppressed.

However, throughout the 1960's the hippies began to colonise Ibiza and establish their creative roots in the island. Following the death of Franco in 1975, Ibiza was returned to be a Catalan speaking territory. The popularity of Ibiza continued to grow as a major European holiday destination and as a result development soared.

In 1999, UNESCO recognised Ibiza with all of its cultural assets, and Dalt Vila (Old Town) was declared a world heritage site.

700 BC The ancient Greeks first lay their eyes on Ibiza and Formentera. Without settling here they name the two islands the 'Pitiuses'

654 BC The Phoenicians are the first to settle, they name the island 'Ibosim' and found the port

123 BC The Romans invade the Balearics, Ibiza is renamed 'Ebosus'

901 The Moors invade Ibiza, it becomes 'Yebisah' and is Islamicised. Trade continues to soar from the island's natural resources

1114 The Christian crusades hit Ibiza, lots of men are killed on both sides but the Christians are unsuccessful in beating the Arabs

1235 Catalans invade Ibiza, they are successful, the island returns to Christianity and the main language is Catalan

1555 The walls of Dalt Vila are reconstructed and fortified

1848 Building work and expansion continues as the port grows bigger, the New Town is founded

1939 After the Nationalists win the Civil War, Ibiza falls under the Fraco regime. Catalan is suppressed

1960 Hippies begin to descend on the island 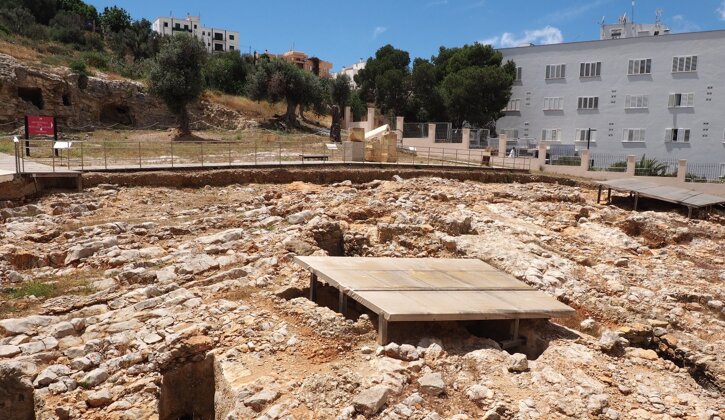 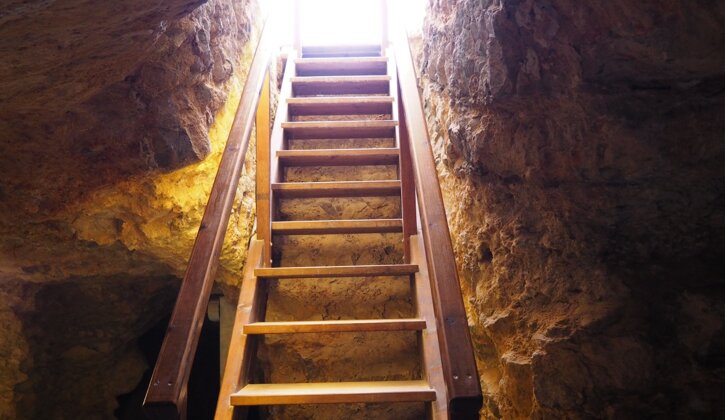 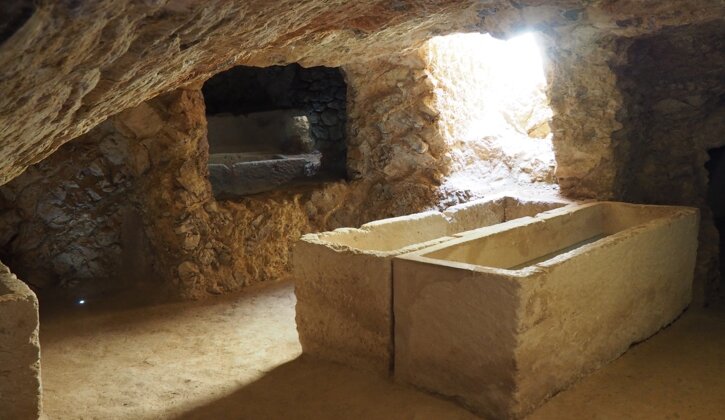 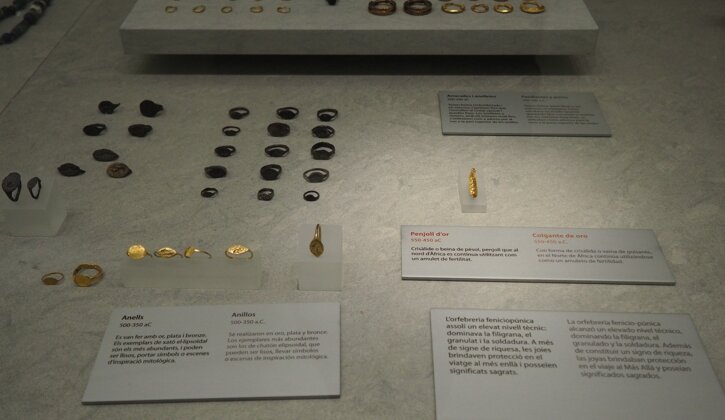 Puig des Molins is a gravesite dating back to the 7th century BC where of thousands of ancient Ibizan residents were buried or cremated according to various religious and cultural traditions. 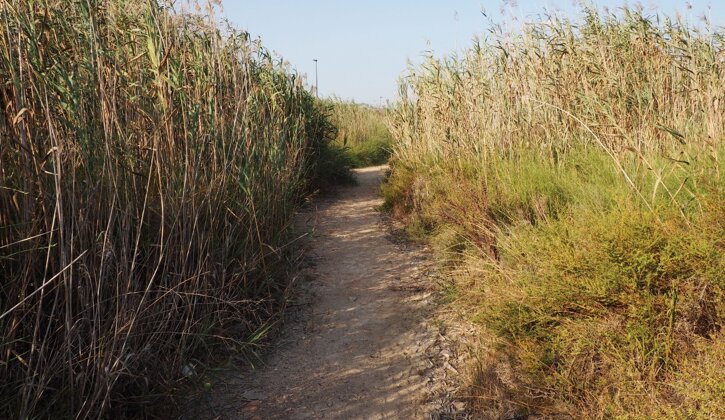 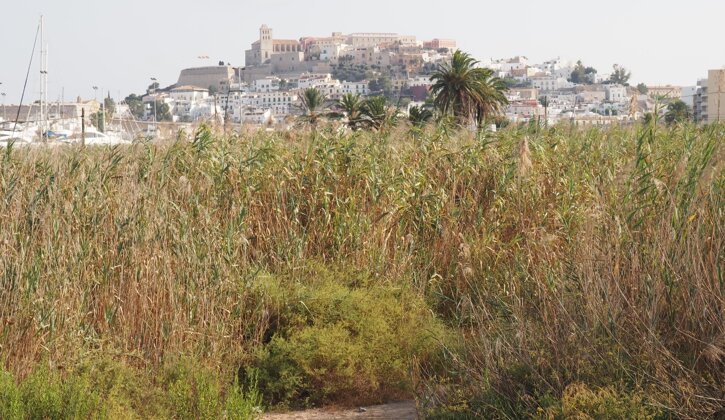 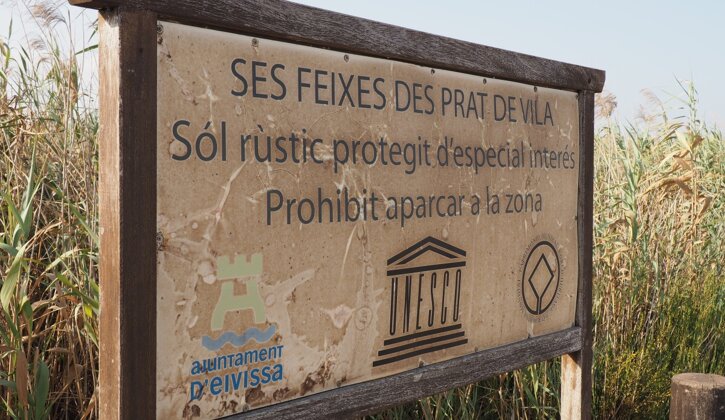 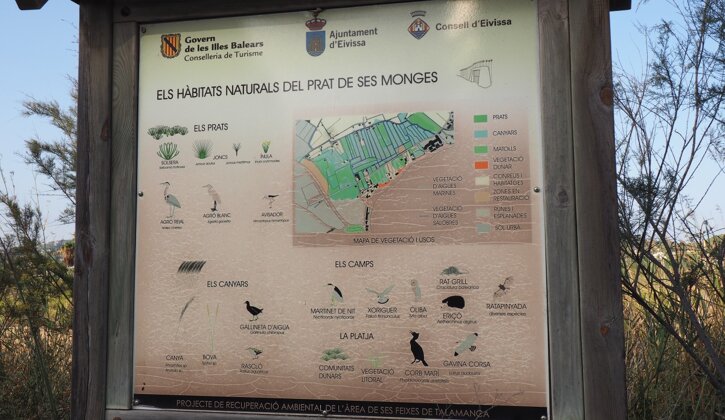 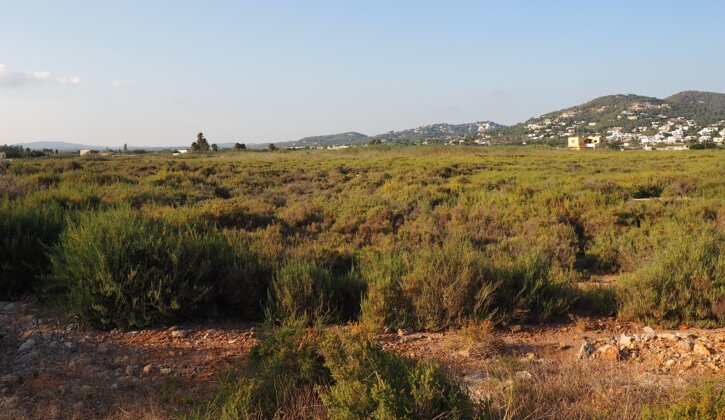 Located right on the edge of Ibiza Town is a scruffy little slice of history that is often missed by people who walk past it completely oblivious. 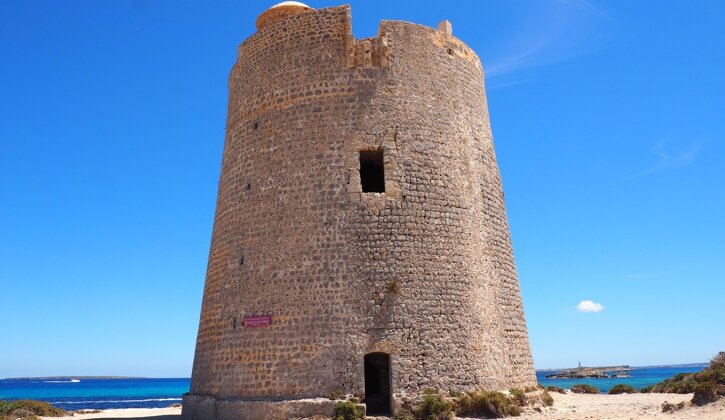 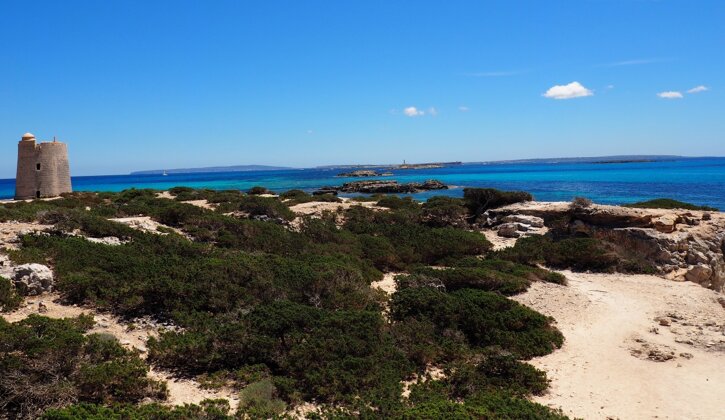 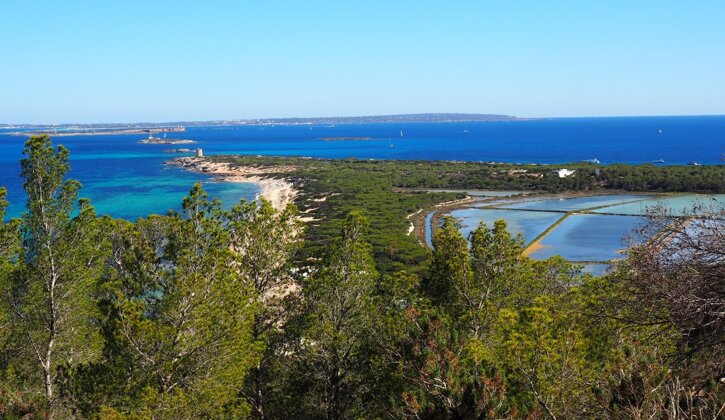 Taking a trip to the southern tip of the island

Keeping watch for pirates on Ibiza

Perched out on Ibiza’s most southern tip is the ancient defence tower Torre de ses Portes. Still standing and in remarkably sturdy condition this 16th century look out tower is well worth a visit, if not for the tower itself then definitely for... 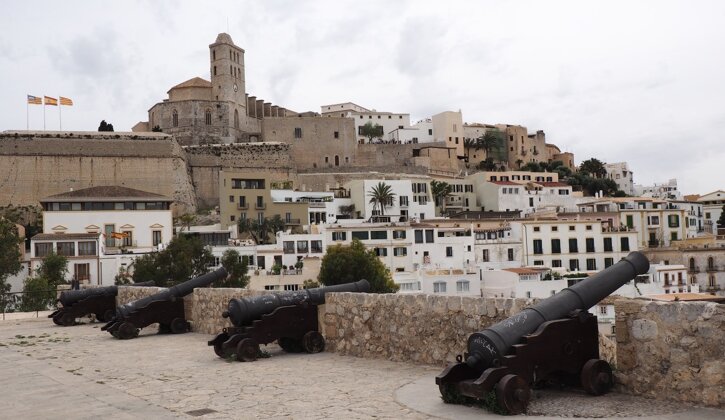 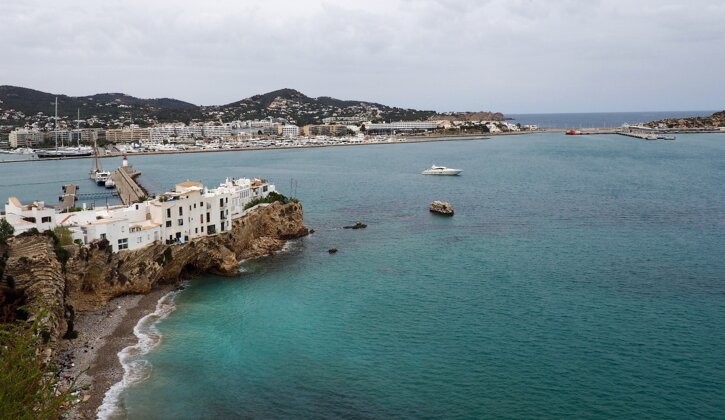 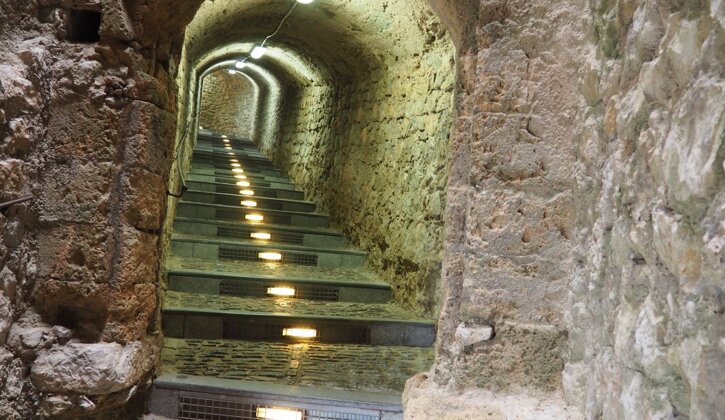 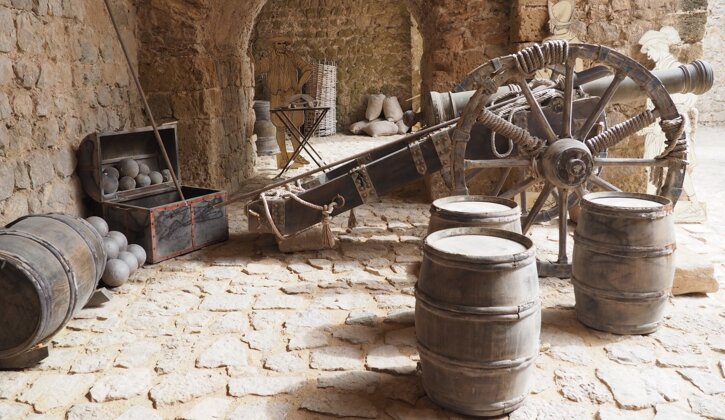 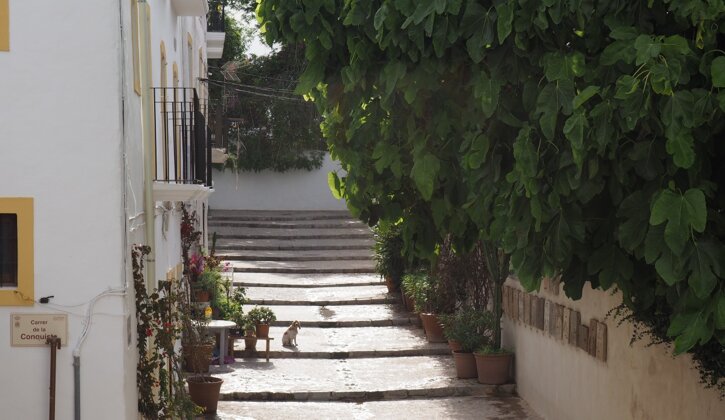 Get a sense of Ibiza’s history, culture & some amazing views

It’s impossible to visit Ibiza Town and not see Dalt Vila, the walls of the fortified old town rise up above the rest of the streets leading the eye ever upwards to the Cathedral perched at the summit, over looking the port, the new town and out... 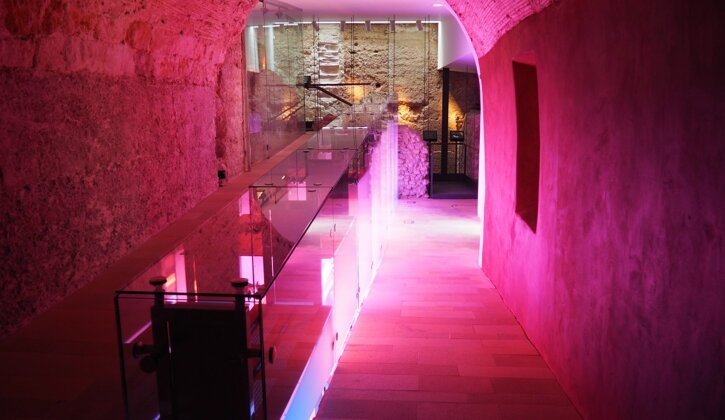 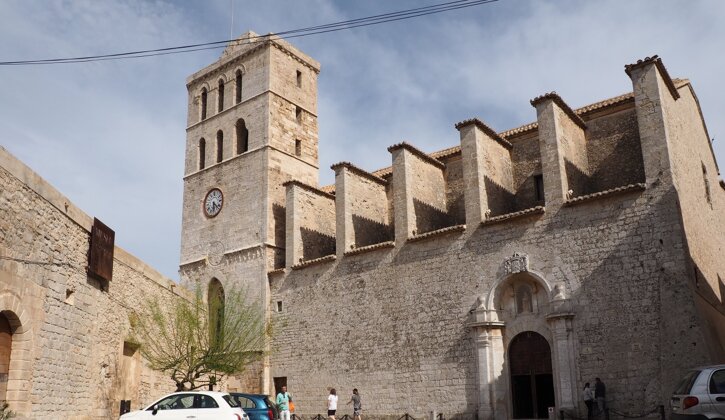 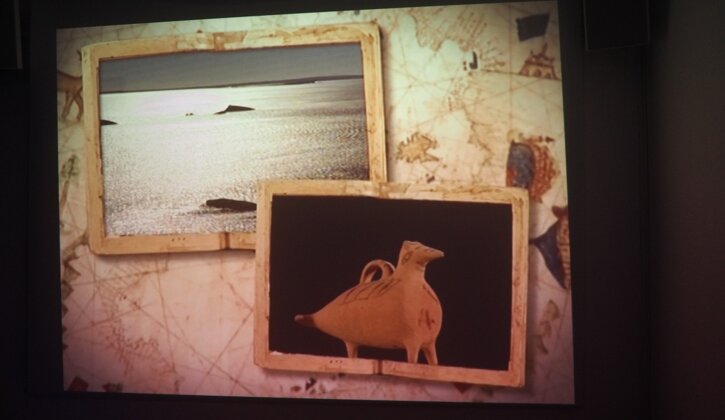 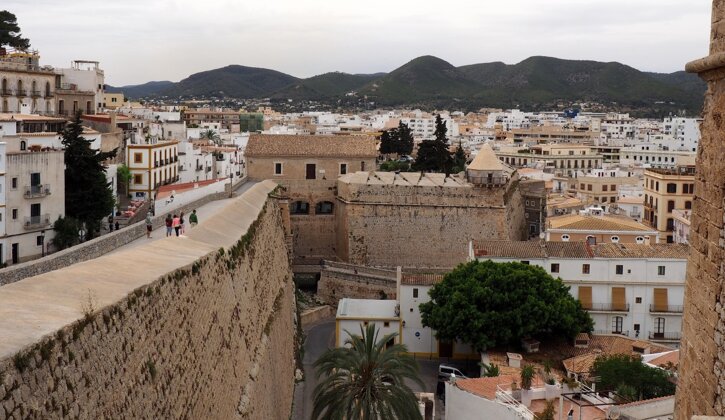 See Dalt Vila as it once was; a powerful Islamic city

Dalt Vila, the fortified old town in Ibiza Town, has undergone many changes over the years, set as it is in a location desirable for trade and for its defensive standpoint. Occupied and fought over and reoccupied many times over the years by, the... 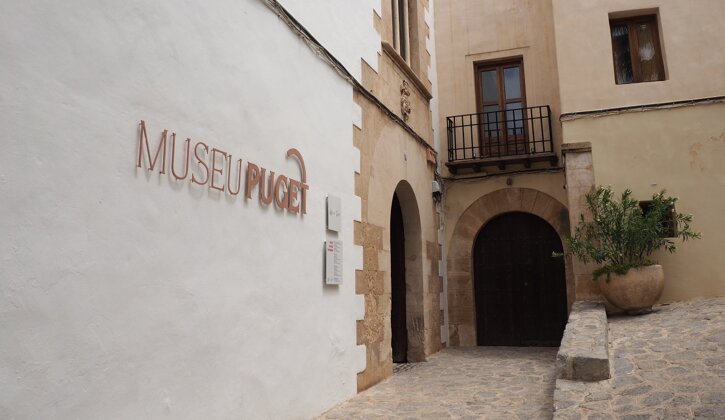 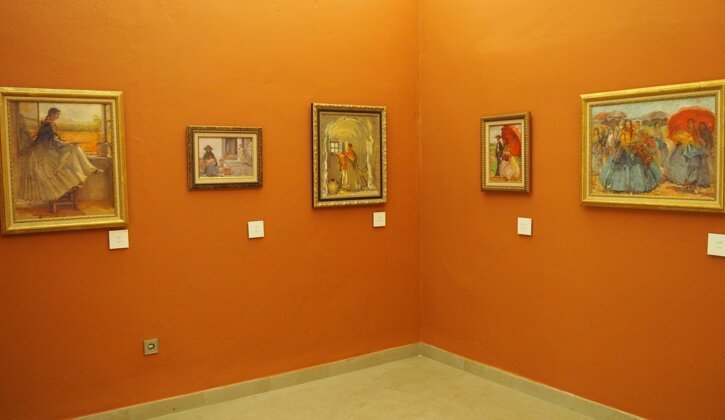 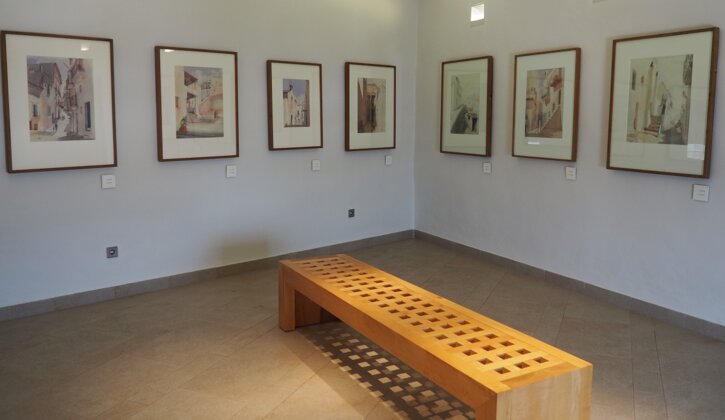 This art gallery and museum is housed in a beautiful 15th century mansion in the old quarter of Ibiza town. It displays a permanent collection of work by father and son Ibizan artists Narcis Puget Vinas and Narcis Puget Riquer. 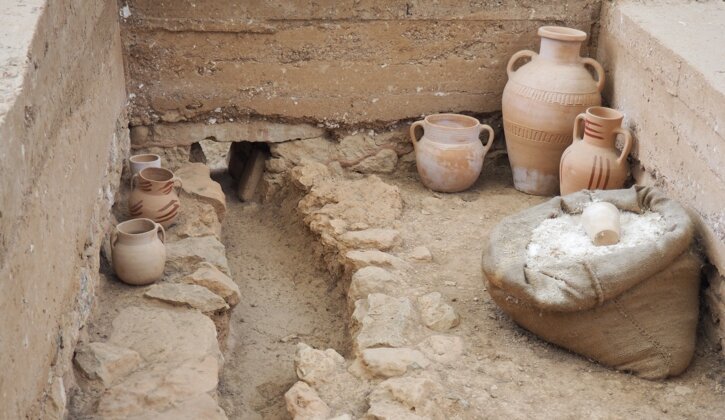 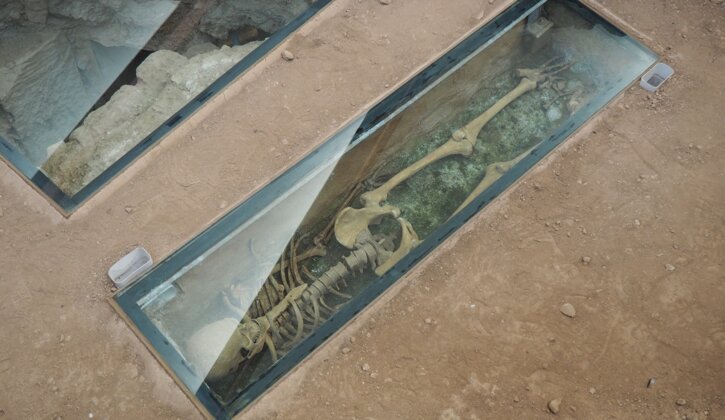 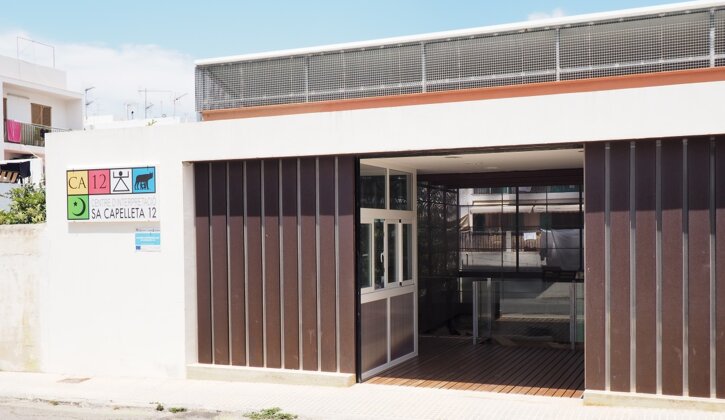 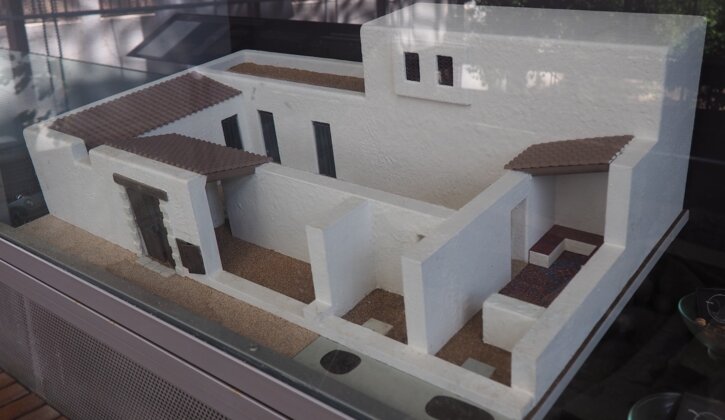 In just one location at Sa Capelleta in Ibiza's Old Town you will find an archaeological site dating from Punic, Roman and Islamic times.