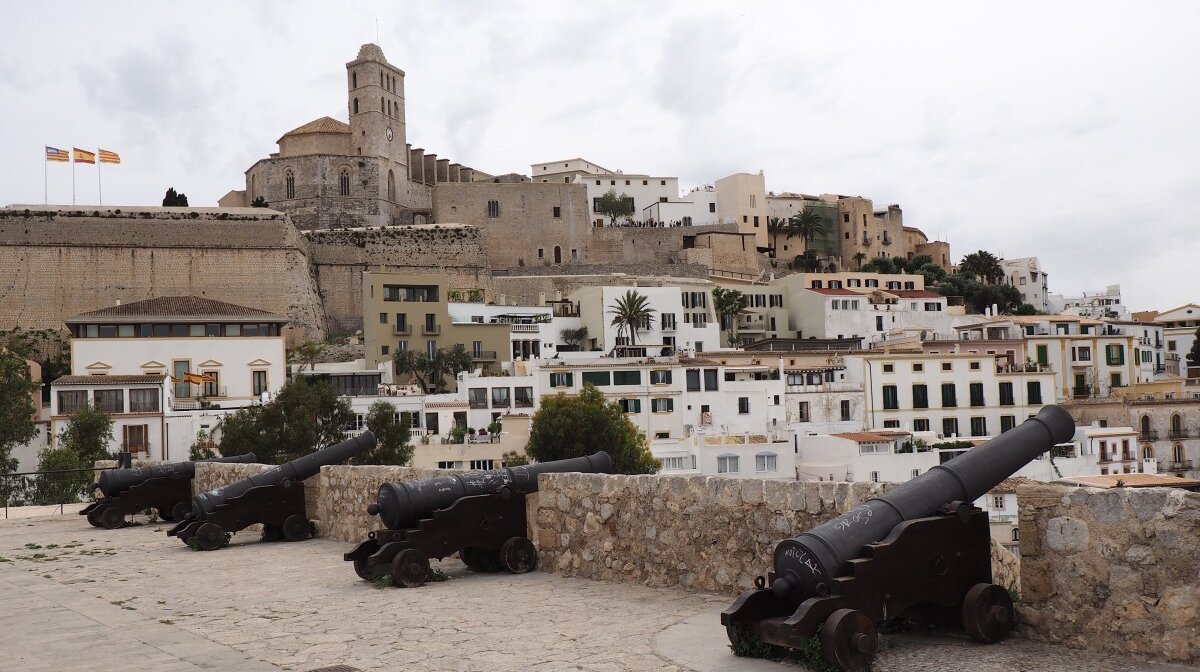 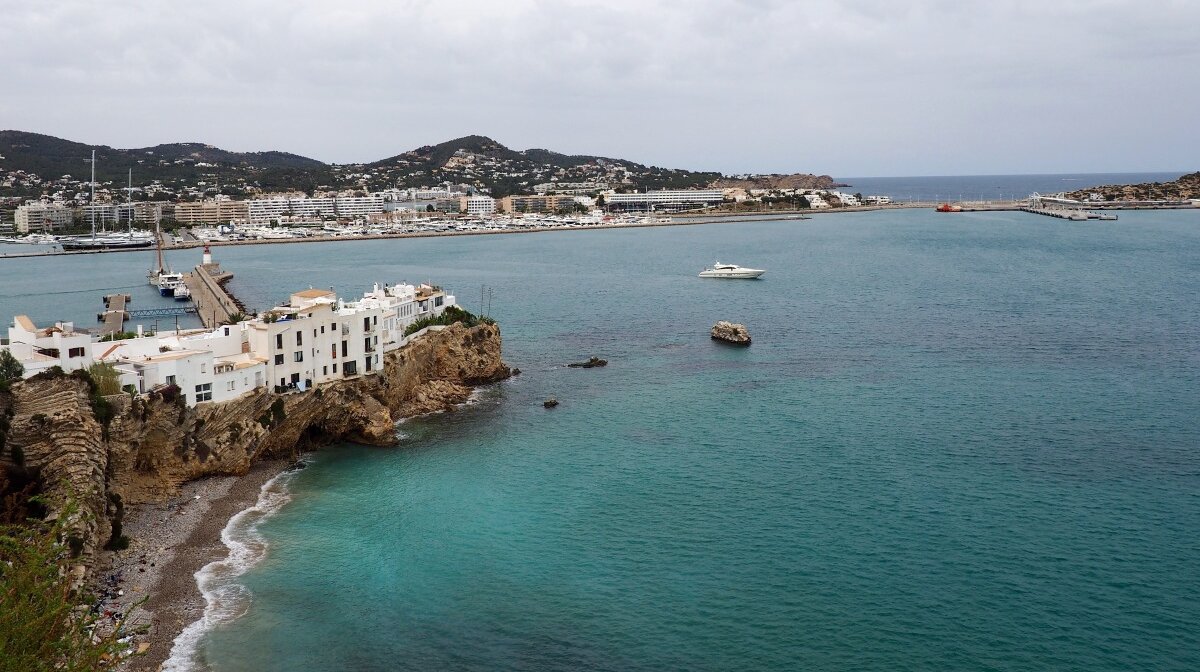 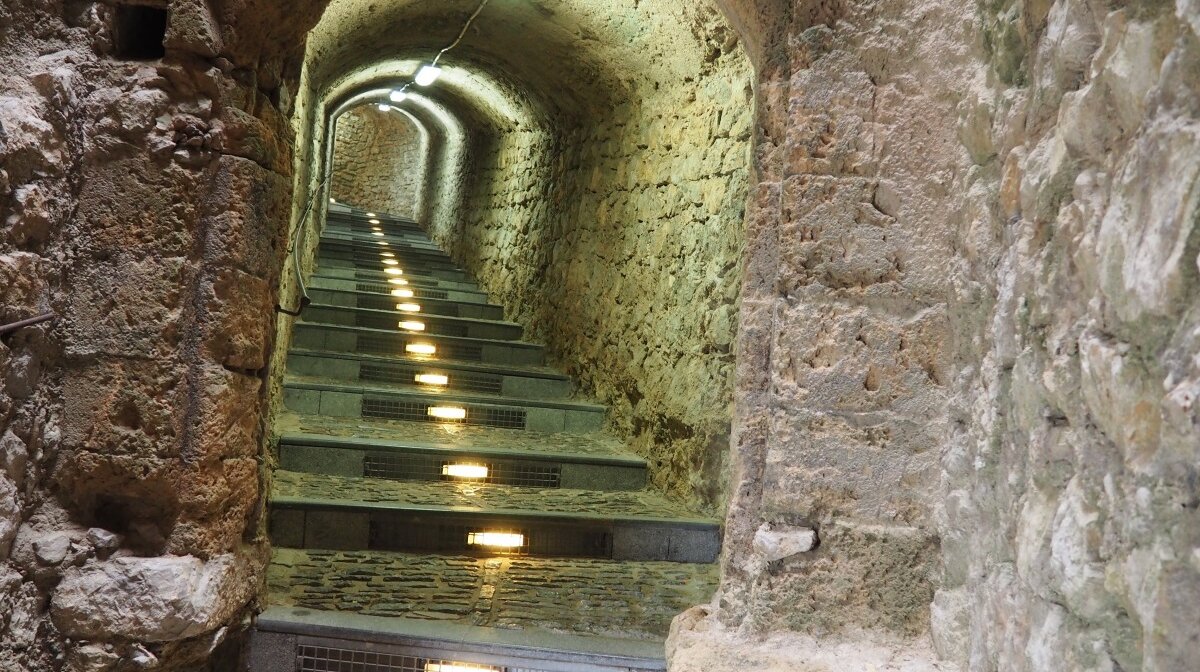 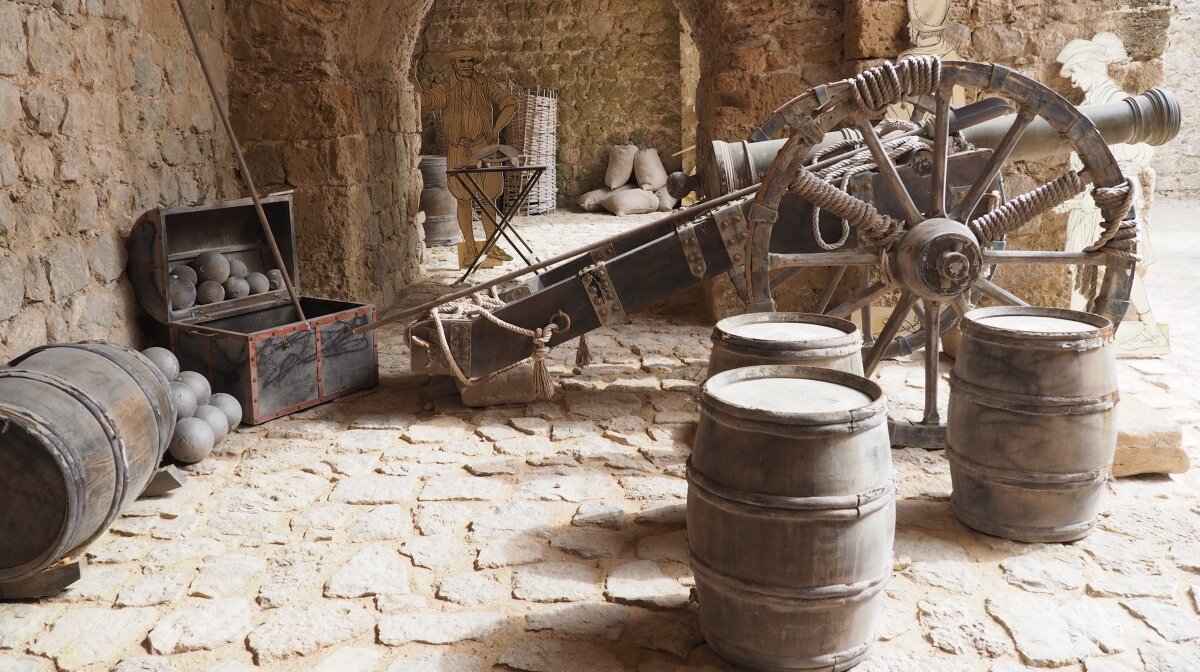 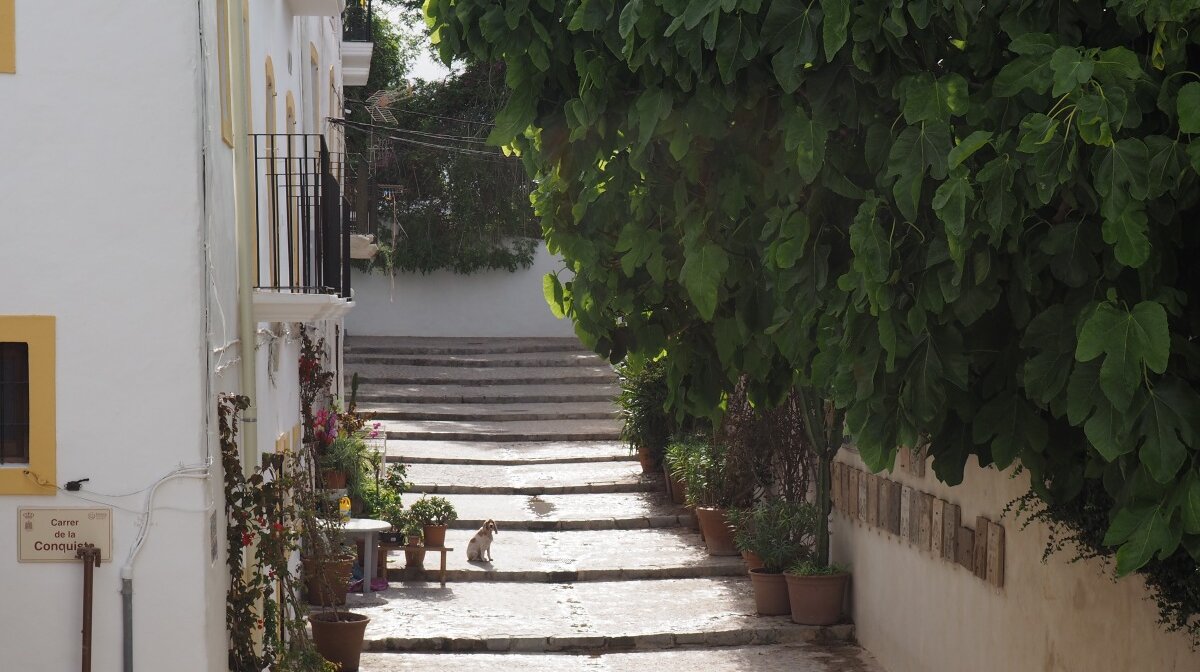 View over the cannons to the cathedral

Stunning views from the walls of Dalt Vila, Ibiza town

Tunnels through the walls of Ibiza Old Town

Displays of armour and weapons

It’s impossible to visit Ibiza Town and not see Dalt Vila, the walls of the fortified old town rise up above the rest of the streets leading the eye ever upwards to the Cathedral perched at the summit, over looking the port, the new town and out to sea.

Full of history and points of interest Dalt Vila is also worth a wander for the views alone and one could easily lose a few hours happily wandering the winding cobble stones streets and watching the world go by from one of its many chic little cafes or elegant restaurants. Easy to find from any where in town and worth being top of your to do list, clear your schedule and head to Dalt Vila for an hour or two.

First populated in the Phoenician era Dalt Vila (literally ‘Upper Town’) was always popular as a location due to its elevation and each succeeding civilisation that came to trade in or invade Ibiza made the most of its location. Walls were built around it for the first time in the 5th century in an attempt to protect against pirate attack, these walls then underwent various changes and attacks until the 16th century when they were expanded and completed with additions made for new weaponry and defence techniques; new fortifications added and the seven Bastions that stand there now. In the 20th century the walls were sympathetically restored and the town was named a UNESCO heritage sight in 1999.

Entrance through the walls, which now stand 25m high and in places 5m thick, is via one of four entrances of which Portal de ses Taules is the most impressive; visitors walk up a stone slope across a drawbridge and through a gate flanked by two Roman Statues and over hung by the coat of arms of Felipe II. All around the old town are metal plaques of information about the surrounding sights and at this gate you can read about this coat of arms and what each section of it represents. Once inside the walls there is a wealth of things to see and the information signs and plaques are ready to direct you to the best sights and explain points of interest and local history to you. 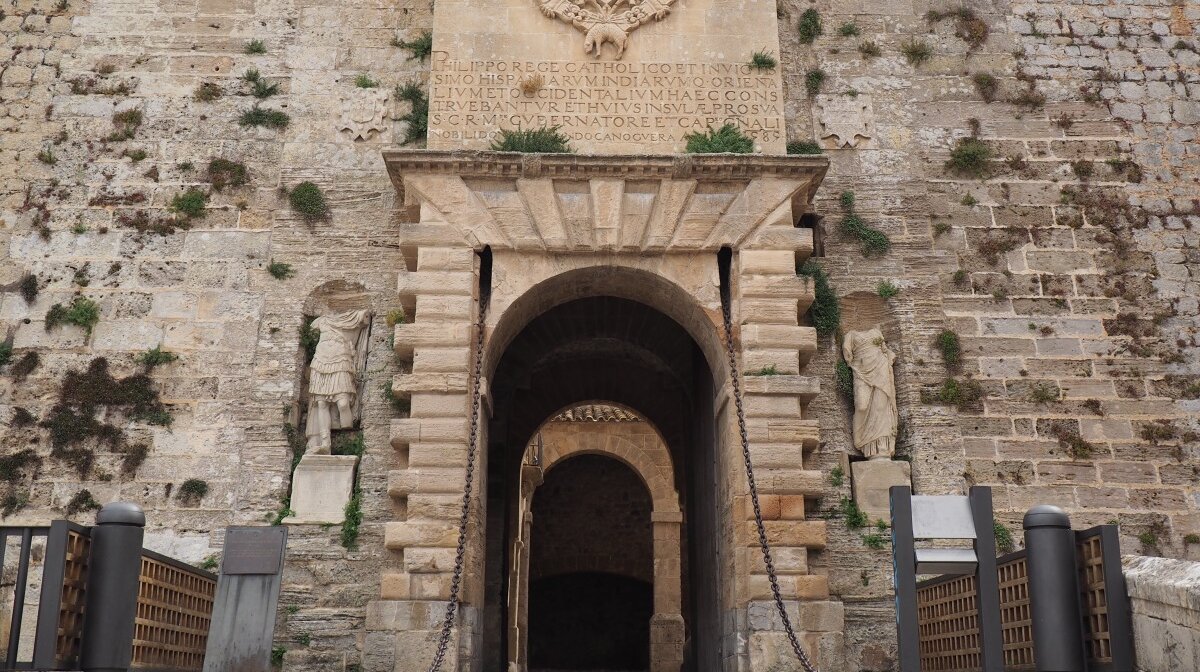 Walking through the town

It’s possible to walk the entire way around the ramparts in less than an hour and also possible to loose several hours wandering at will through the maze of central streets. Ideally you would want to do both as the walls offer you the history and the epic views out over the port, the sea and inland over Ibiza town, but the maze of streets give you the atmosphere and sense of the local lifestyle.

Whichever you choose be sure to follow the blue information signs to check out the best spots; the cathedral is a must see with its cool, quiet interior, beautiful white vaulted ceiling and twin hanging chandeliers. The cathedral also houses the Museu Diocesa which costs €1.50 to enter, entrance to the cathedral is free but they do ask that you are dressed appropriately. Opposite the cathedral is the Madina Yabisa Interpretive Centre (€2 to enter), which holds a wealth of information about Dalt Vila when it was an Arab city and houses a section of the original defensive walls. 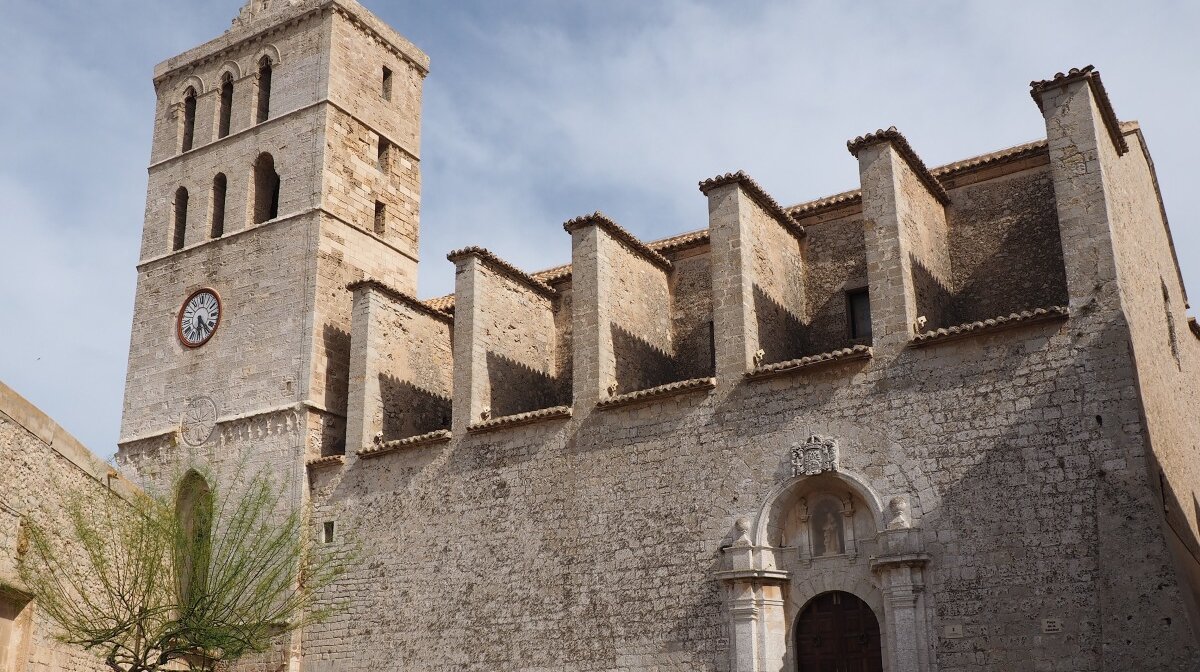 You can also find the Placa D’Espanya and go through the steep tunnel which takes you through and outside of the walls affording you another stunning view before you re-enter the walls through a second atmospheric tunnel which houses display rooms filled with weaponry and armour. If you make it around to Baluard de Sant Pere you’ll find another exhibition area as well as an audiovisual presentation about the construction of the walls.

As well as these points of interest it’s well worth sticking around after dark to see Dalt Vila lit up by floodlights and if you’re around in early May checking out Dalt Vila during the medieval festival is a must! 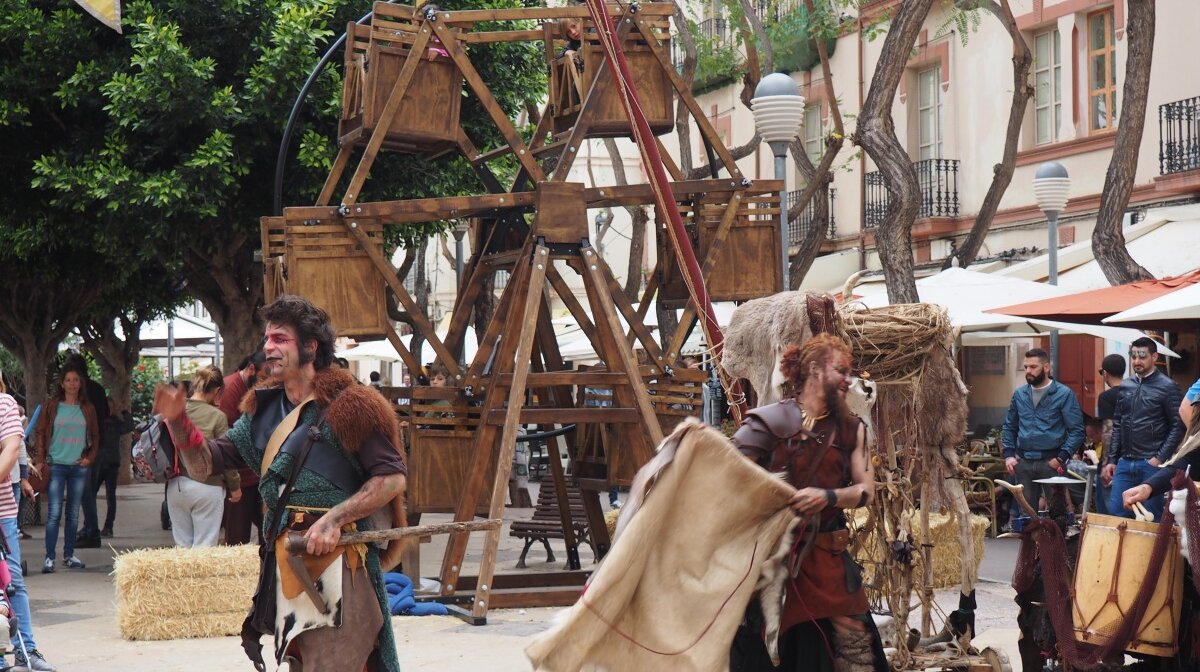 Dalt Vila is easily accessed from Ibiza town and free to enter. There are public toilets within the walls and the majority of the area is wheelchair and buggy friendly although some of the streets are steep and the cobble stones are not the easiest surface to walk on, sensible foot wear is suggested and carry water with you if you’re doing any major walking in summer.

A half a day spent in the old town is a must for your trip but you can spend it any way you want, walking, learning, shopping or eating it’s entirely up to you!