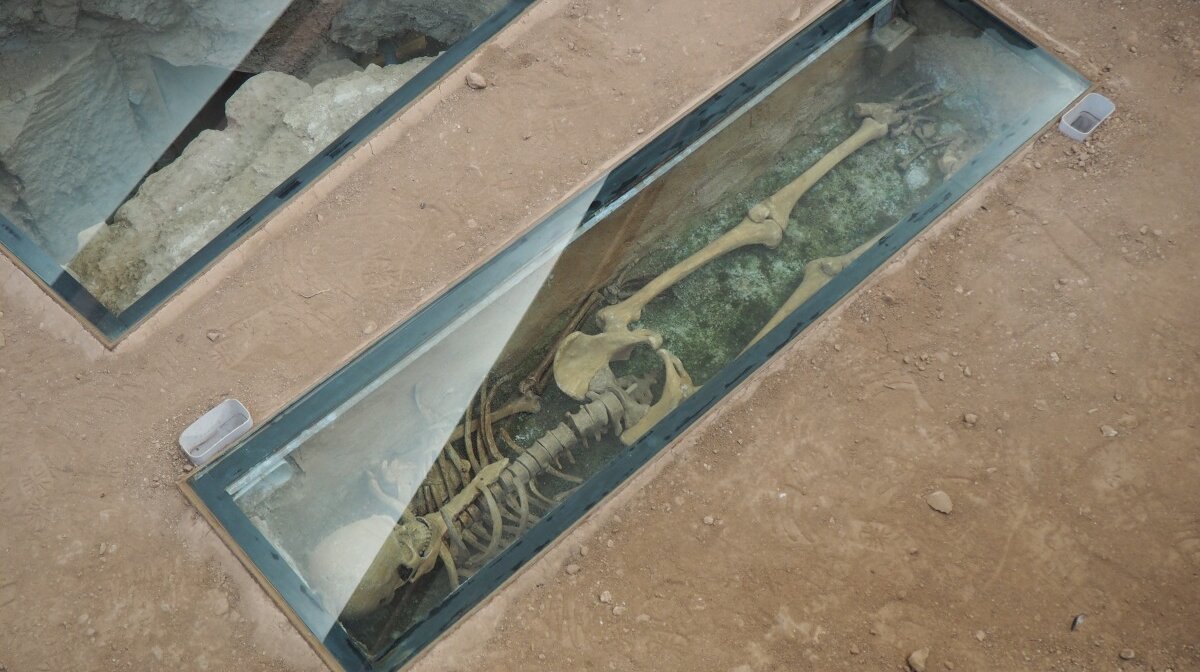 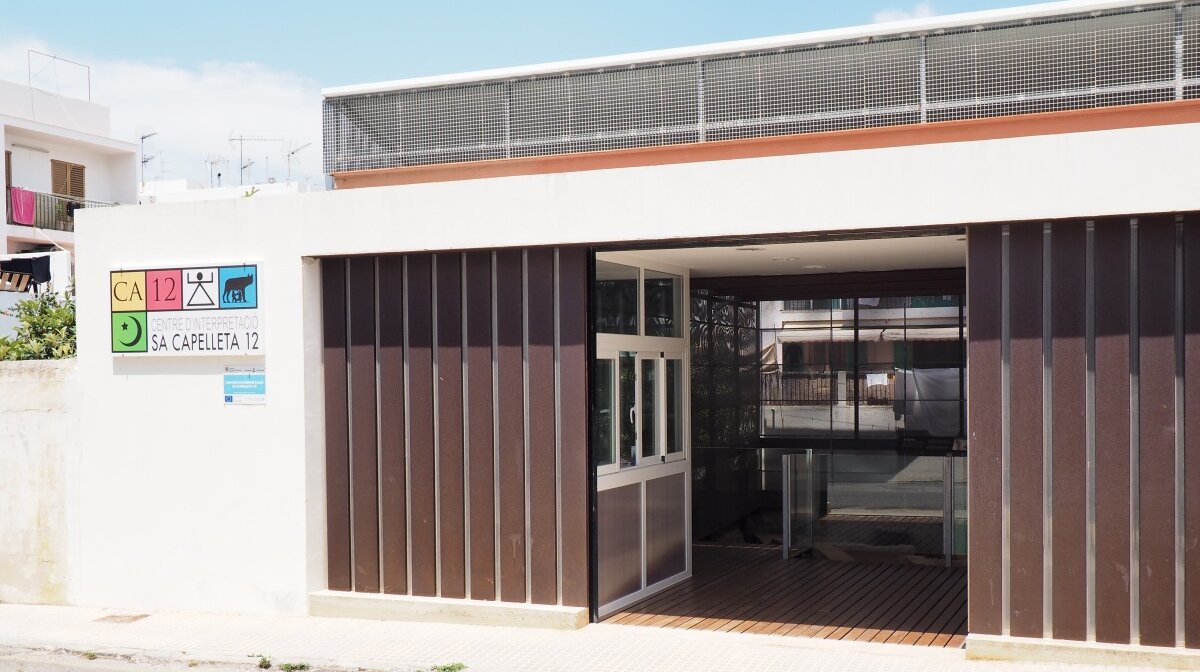 Artefacts found in the excavations at Sa Capelleta

See models of how people lived at Sa Capelleta

In just one location at Sa Capelleta in Ibiza's Old Town you will find an archaeological site dating from Punic, Roman and Islamic times.

Just outside of the Necropolis del Puig des Molins is a secondary archaeological site. Smaller but extremely interesting the Sa Capelleta interpretive centre depicts the use of one plot of land by three distinct populations of Ibiza over a period of many centuries, it is packed with information and is definitely worthy of a visit.

Entering Sa Capelleta is a strange experience, housed in what looks like a garage, surrounded by restaurants, shops and houses going about their everyday business, is an archaeological site which has turned back the clock on one plot of land and exposed its historical heritage dating back to the 4th century BC. Visitors walk in on the ground level onto a metal walkway that surrounds the excavated remains below. Information boards and display cases explain to visitors what they are seeing and show off artefacts recovered at the site and models and diagrams of how the site would have looked in each of the 3 stages of its occupation.

Initially from the 4th to 2nd century BC, this site housed a Punic shrine. Houses of the gods were common to that period and it has been deduced that the one at this site was built adjacent to the road which ran from the main town (Dalt Vila) to the grave site (the Necropolis) and was used as a place of worship. Objects associated with the shrines from this period such as carvings, statues and oil burners, and other pieces of these findings are on display around the walls.

The next use of the site was as a roman burial ground from the 2nd to 3rd century AD. 41 graves have been discovered here, built in and around the remains of the Punic Shrine, about 29 of them were intact and you can see several of them open but protected by thick sheets of glass. Visitors can look down upon the skeleton remains in their graves as well as several burial artefacts.

The third use of this site was as an Islamic suburb from the 11th to 13th century. A street from the suburb has been uncovered as well as two clear doorways standing beside it and well pits descending down into the ground. Standing on the upper deck you can get a clear picture of what this small section of the town may have looked like, a model of an Islamic home as it would have looked at the time helps you to picture the scene, as does the placement of furniture and crockery in the uncovered ‘rooms’. Two cesspits adjacent to the town were also uncovered which amazingly still held information on the dietary habits of these people from 800 years ago! 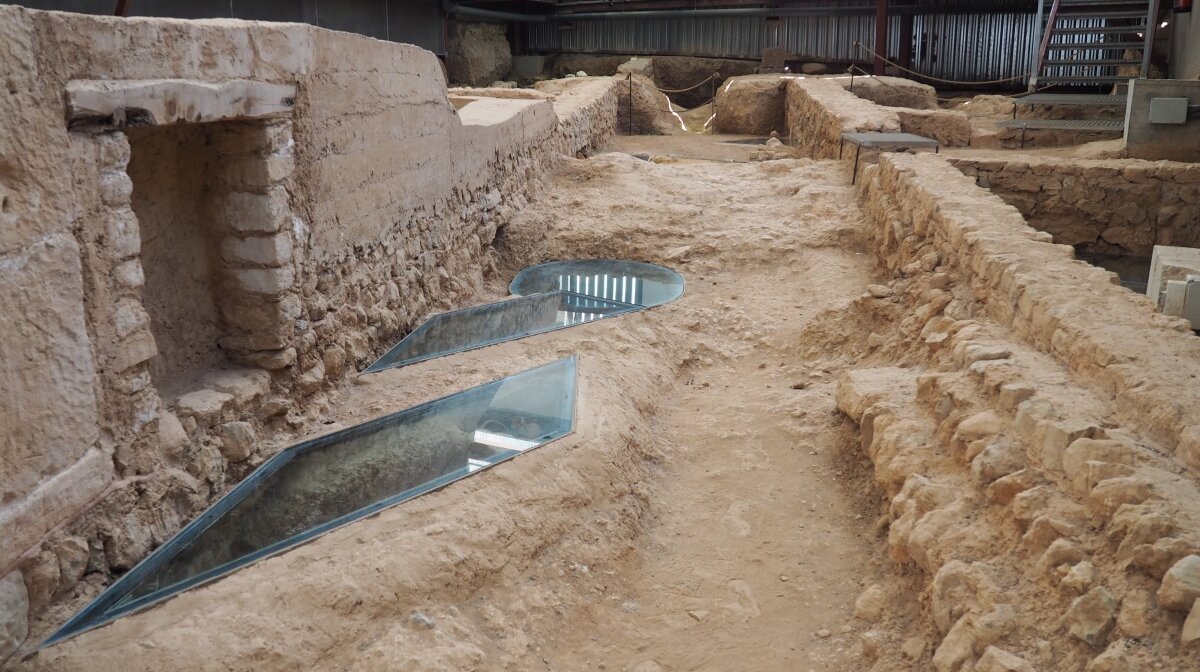 An extremely interesting part of Sa Capelleta is the section that allows you to see how one era fits on top of another. Levels are marked into the wall of the excavation showing you 6 different levels of ground use like ice pack in a glacier showing different ice ages over time. There is a layer of the dirt accumulated over the last 500 years, below lies the abandoned Islamic village marked by the tiles that would have made up the roofs of the buildings, below that is the floor then foundation level of the village, below again the roman graves undiscovered in Islamic times and below that the bedrock of the graves themselves.

You can descend from the walkway above and walk around the ruins themselves, stand on the Islamic street, step through the doorways of the houses, peer down into the wells and roman graves, and touch the stones of the Punic shrine. Sa Capelleta is a fascinating glimpse, a slice through the history of one plot, on one street of Ibiza town. Well worth a visit.

You can find the centre easily, it is only 2 minutes walk from the Necropolis; walk along Via Romana to the southern edge of the Necropolis grounds, right onto Joan Planells road and then left onto Sa Capelleta road.

The site is free to enter and the upper walkway is buggy and wheelchair friendly although you will not be able to descend to the level of the excavation. There are no toilets on site.