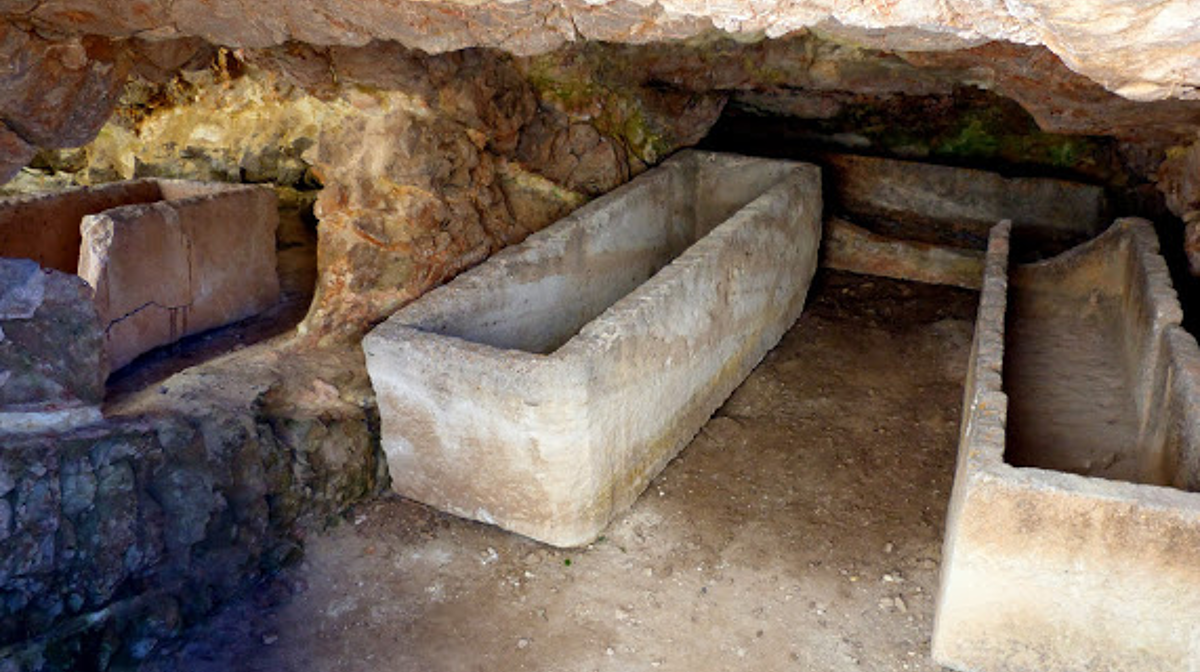 This is the largest necropolis in the world, housing up to 4,000 tombs from all over the Mediterranean. The ancient cemetery was set up by the Phoenicians at the end of the 7th century.

There is also a large museum which displays treasures discovered in the burial chambers, including jewellery, mirrors and painted ostrich eggs.

At the close of the 7th century BC, the Phoenicians founded a settlement on the bay of Ibiza which constituted the original core of the city. It was in this period that the lower part of the Puig des Molins began to be used as a necropolis and reached an extension of 10,000 m2.

At the Monographic Puig des Molins Museum the exhibition is organized over five salons and covers the entire period of use of the necropolis. From the question of death in the Phoenician period, including funeral rites, burials and cenotaphs, to Punic funeral rites. This culture was extraordinarily dedicated to the concept of the funeral and the associated rites from the preparation of the body and the funerals linked with burial to the after death cults.

There is also a room dedicated to Roman funeral rituals in Ibiza from the early imperial period until the end of late-Antiquity, and another one displaying the Sainz de la Cuesta Collection.

Read our review of a trip to the Necropolis Puig des Molins here.

The museum is open throughout the year, except on Mondays and bank holidays:

How to get passes

General tickets cost 2.40€, reduced to 1.20€ for students, and free on Sundays, as well as for under 18, pensioners and over 65, teachers and tourist guides.