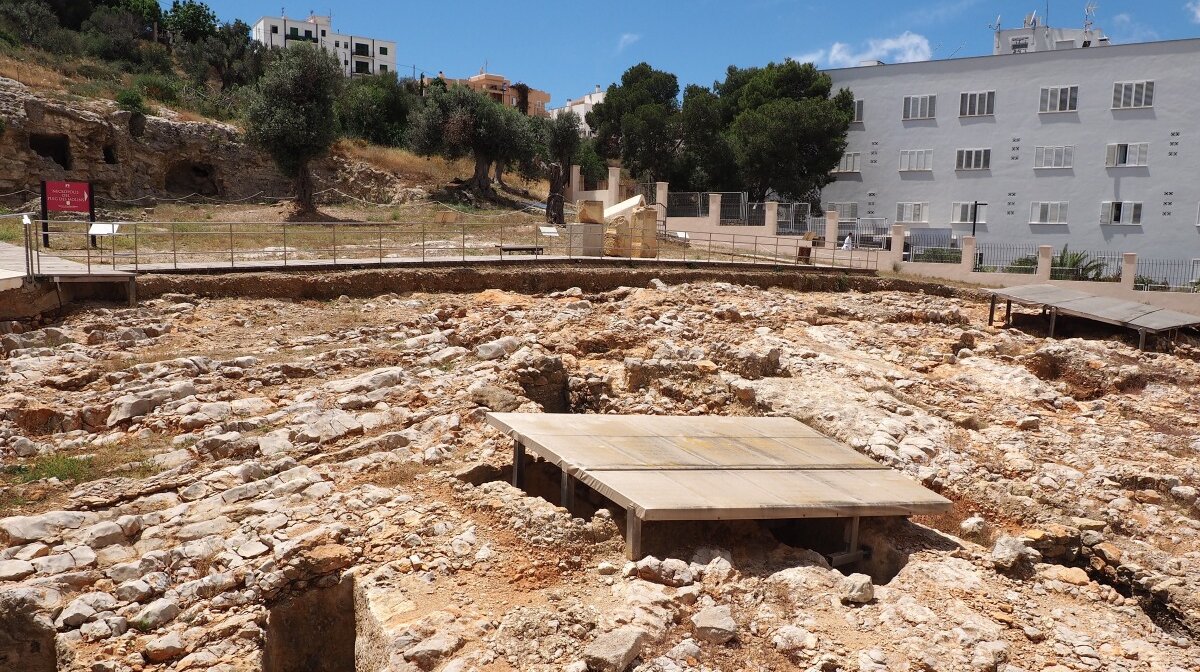 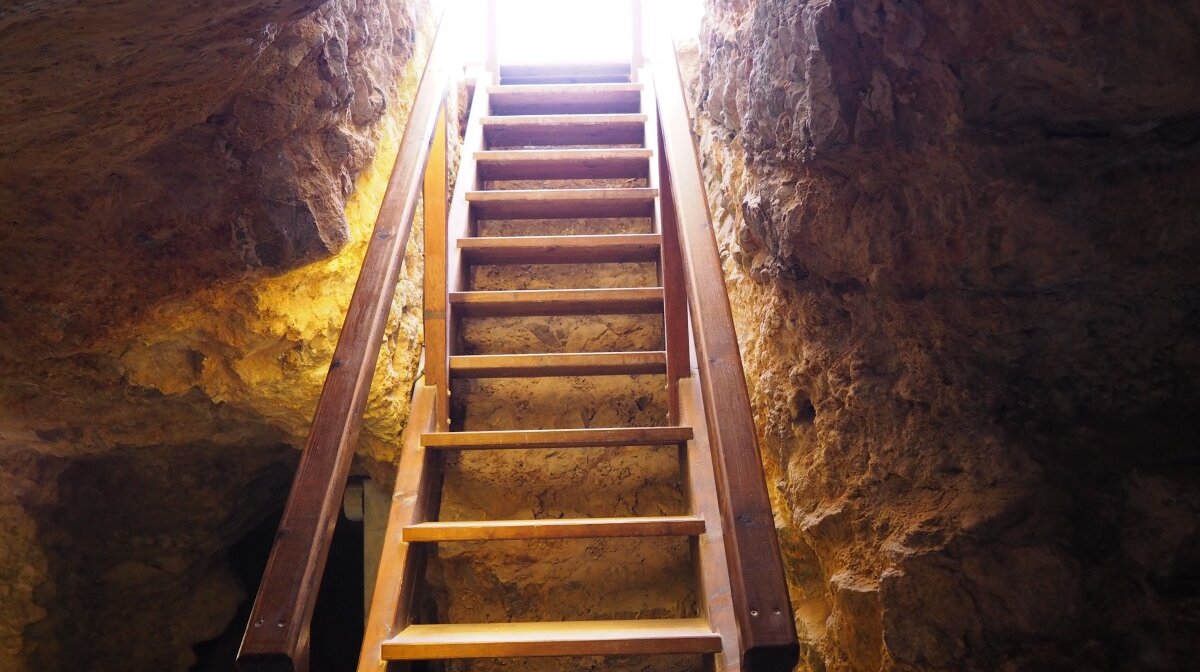 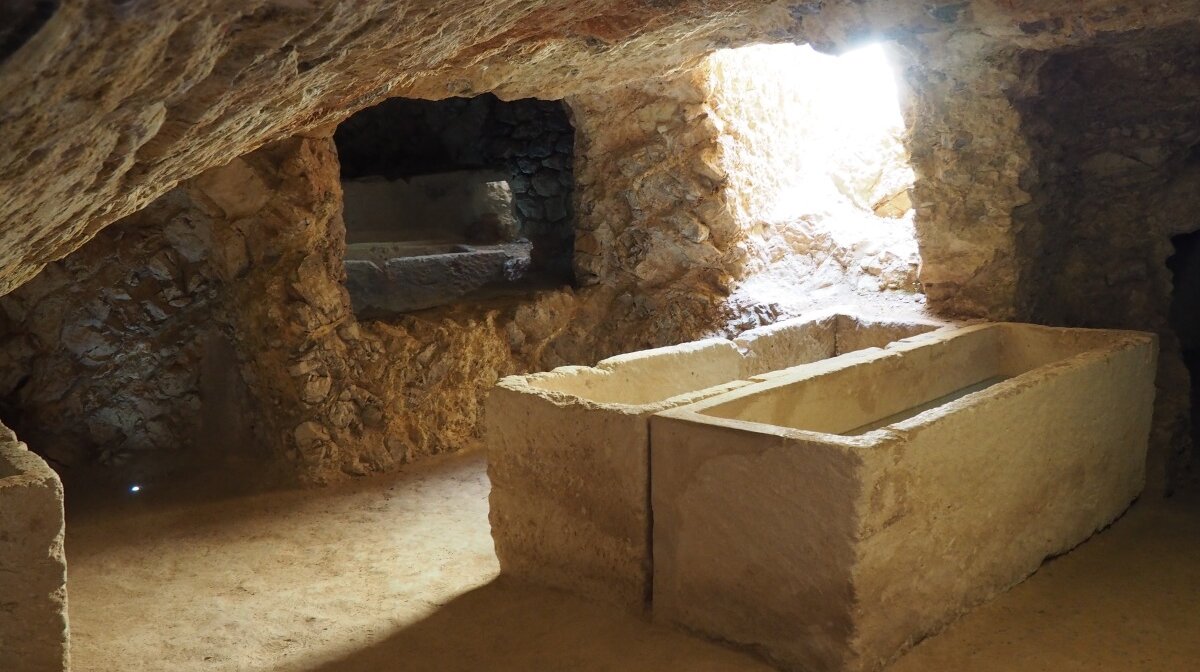 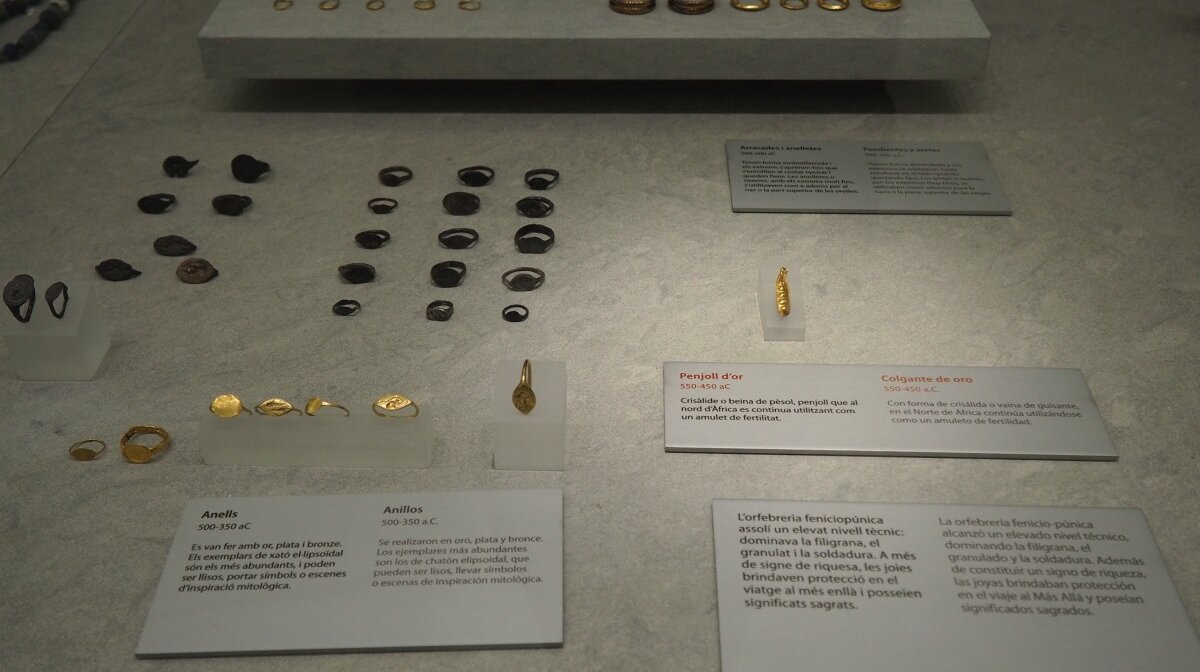 Descend underground to view the caverns

Precious items uncovered in the graves

Puig des Molins is a gravesite dating back to the 7th century BC where of thousands of ancient Ibizan residents were buried or cremated according to various religious and cultural traditions.

The rocky expanse of hillside upon which the Necropolis sits doesn’t look like much on first glance but once you enter the site and Museum it becomes much clearer why this is a site of archaeological interest and why it was designated a UNESCO heritage site in 1999.

Ibiza has been home to a range of civilisations over the centuries, attracting people from different nations and cultures who arrived to live and work on the island. Puig des Molins was the city’s cemetery for all those people from the 7th Century BC up until around 700 AD and held the remains of Phoenicians, Punics and Romans. The different civilisations all used this same cemetery, expanding, overlapping and reusing the land over the years. The way in which the graves change throughout the eras and the artefacts uncovered there has turned up a wealth of information about how these different civilisations prepared, buried and celebrated their dead. 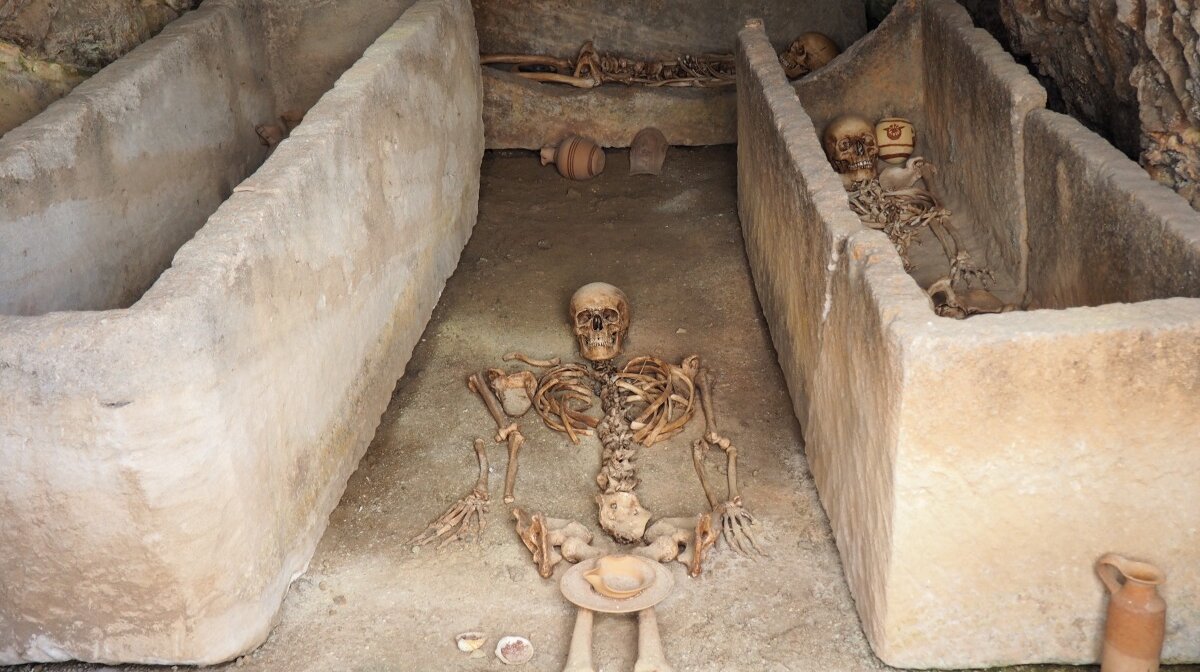 Walking around the site visitors can see the excavated areas and look down into some burial pits and caverns, some of the grave sites are revealed as having been carved into the hillside. In one area visitors can descend underground to walk through a warren of caves containing stone coffins in which some remains and burial items are laid out for visitors to see. There is not a huge area that visitors can walk around, much of it is roped off and you can't quite a sense of the vast size of the cemetery, which actually covers over 5 hectares of land. When you enter the museum however there is an aerial picture and cross section of the area as well as a visual display which greatly helps you to picture the site in its entirety. There is also a fairly dramatic video presentation about the history of Ibiza which lasts five minutes and is worth a watch (if you can ignore the dodgy acting and strangely accented narrator).

Upstairs the museum is split into 5 rooms, the first 4 of which you wander through in historical order starting with the Phoenicians in 625 BC, through the Punics to the fourth room dedicated to Roman burials up to 700AD. In each room, as with outside, the information plates are written in Spanish and Catalan, but there are files of information sheets in English, German and French in each room, be sure to pick one up as you go through so you know what you’re looking at. The information sheets describe the burial rites of each civilisation, how the body was prepared for death, how it was washed and made up, clothed and laid out, the sheets explain the kind of items that were placed into the grave with the body. The rooms house the amazing collection of items discovered in the graves over the years since the first excavations in 1903. On display amongst other things are amulets, jewellery, semi precious stones, coins, pottery, statues, glass vials and oil burning lamps, walking through the rooms visitors can see how the items changed over the years. 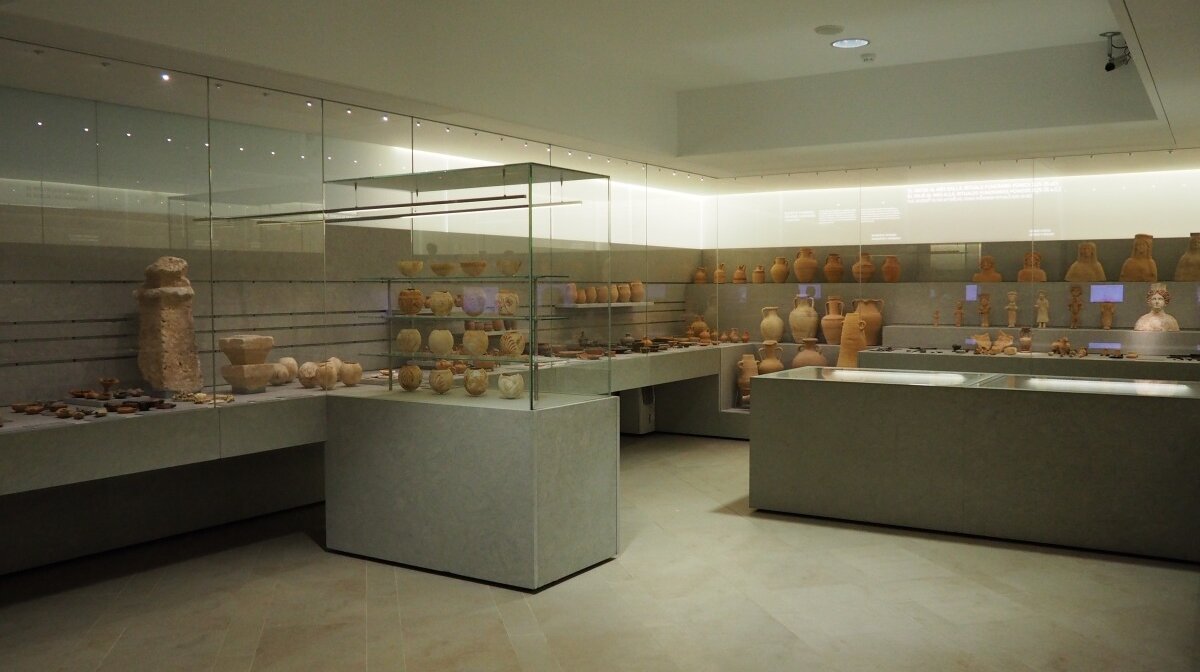 The fifth room in the museum holds a collection of a slightly different nature, the personal collection of one Rafael Sainz de la Cuesta, an archaeology enthusiast from Madrid who visited Ibiza and collected pieces of its history from various locations. After his death his family donated the collection to the state and so now visitors to the Necropolis museum can see pieces from other areas of the island as well as those found on site.

Entrance to the Puig des Molins Museum costs €2.40 for an adult, children are free. Visitors are asked to put all bags into lockers before entering the museum, the lockers are safe and cost €1 which is returned upon leaving.

Accessibility: The museum and outside area is accessible for wheelchairs and buggies except for the underground section which is accessed by a rather steep ladder, the ground inside is rough with low ceilings and some clambering around to be done which is not idea for anyone unsteady on their feet.

Other amenities: The museum has a small gift shop containing many books about the site, the local area and archaeology in general.